In the wake of all that’s going on with the Navy, the Pentagon, and pilots admitting to encountering mysterious flying crafts while on different missions, people around the globe have regained interest in the UFOs.

Millions of people around the planet believe in UFOs, and they argue that it is very likely that these unidentified flying vehicles are not from Earth.

And listening to everything Navy pilots and government officials have to say about these objects makes us want to believe these flying vehicles could come from a distant world.

The truth is out there!

For example, in a recent interview with “Fox & Friends,” former Deputy Assistant Secretary of Defence for Intelligence Christopher Mellon, said:

“We know that UFOs exist. This is no longer an issue. The issue is why are they here? Where are they coming from, and what is the technology behind these devices that we are observing?” 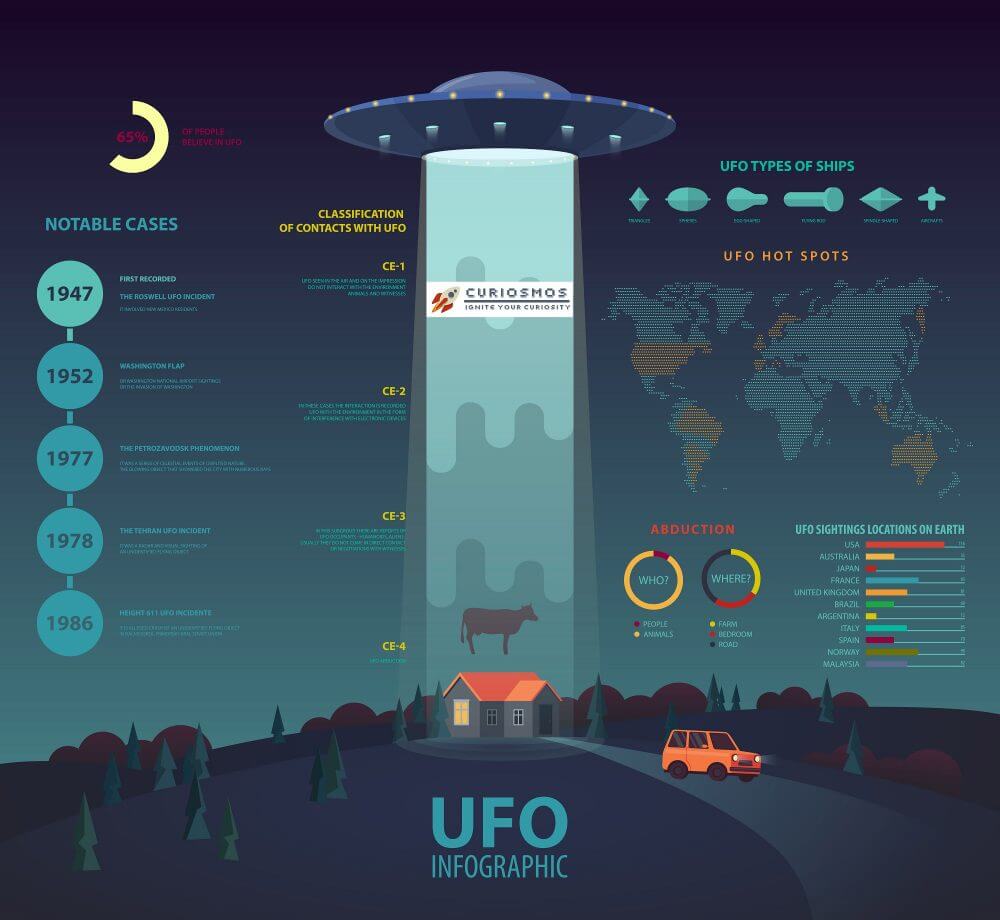 Further evidence of their possible alien origin can be found in reports and testimonies of Navy pilots who reported encountering these objects on a daily basis.

Pilots who have seen UFO’s argue the unidentified flying objects are able to do things that are not possible in this physical realm. In other words, they are able to out-manoeuvre our most advanced military aircraft and seem to defy the laws of physics.

Luckily for us, there’s evidence that supports the above.

In this article, we’ve gathered six extremely interesting videos that have been recorded by the military.

Some of these videos have been declassified recently, while others are fairly recent.

A video;  a few are familiar with was filmed in Puerto Rico by Homeland Security over Aguadilla.

While on a routine mission, a DHS aircraft spotted a UFO and recorded it using its thermal imaging camera.

What you will see in the video is an object that seems capable of traveling at night without lights, at times below tree-top altitude, at speeds approaching 100 mph, and apparently without risk of impacting objects as it passes by.

The U.S. Navy isn’t the only military branch to have come across UFOs. Back in 2014, a Chilean Navy Helicopter, an Airbus Cougar AS-532, was on a routine patrol, west of Santiago when pilots saw something odd in the sky.

The helicopter tired chasing the object for nearly ten minutes. The video you will see shows the Navy pilots attempting to chase down the UFO, and communicate with it. Despite trying to contact the unidentified object using multi-national, civilian bandwidth designed for this purpose, no one ever answered.

According to the pilots, the object they saw was a “flat, elongated structure” with “two thermal spotlights like discharges that did not coincide with the axel of motion.”

In 2004, the Mexican Air Force came across a fleet of unidentified flying objects.

Pilots on a routine mission in Mexican airspace encountered 11 flying objects flying in close proximity to them.

The objects were reportedly only visible using the IR-system but appeared invisible to the naked eye.

This amazing footage was recorded by a F/A-18F Super Hornet and was released not long ago thanks To the Stars Academy of Arts and Science website.

The video, recorded on the Eastern coast of the United States, was filmed in 2015.

This footage was captured by a U.S. Navy F/A-18 Super Hornet using the Raytheon ATFLIR Pod that was being operated by a highly trained aerial observer and weapons system operator whom the government has spent millions of dollars to train.

In 2004, a U.S. Navy F/A-18 Super Hornet encountered an unidentified flying object off the coast of San Diego.

As noted by a report from the ‘To the Stars Academy of Arts & Science’, “footage comes with crucial chain-of-custody (CoC) documentation because it is a product of U.S. military sensors, which confirms it is original, unaltered, and not computer-generated or artificially fabricated.”

This was one of the very first (actually the first) videos that have been through the official declassification review process of the United States government and have been approved for public release.

In addition to the fascinating footage, the reaction of the pilots who spotted the UFO is extraordinary.