A massive winter storm is disrupting air travel across the country.

Flight tracking website FlightAware reports nearly 2,200 flights were cancelled by 4 pm EST on Thursday, and delays of flights within, into, or out of the US were around 6,300. 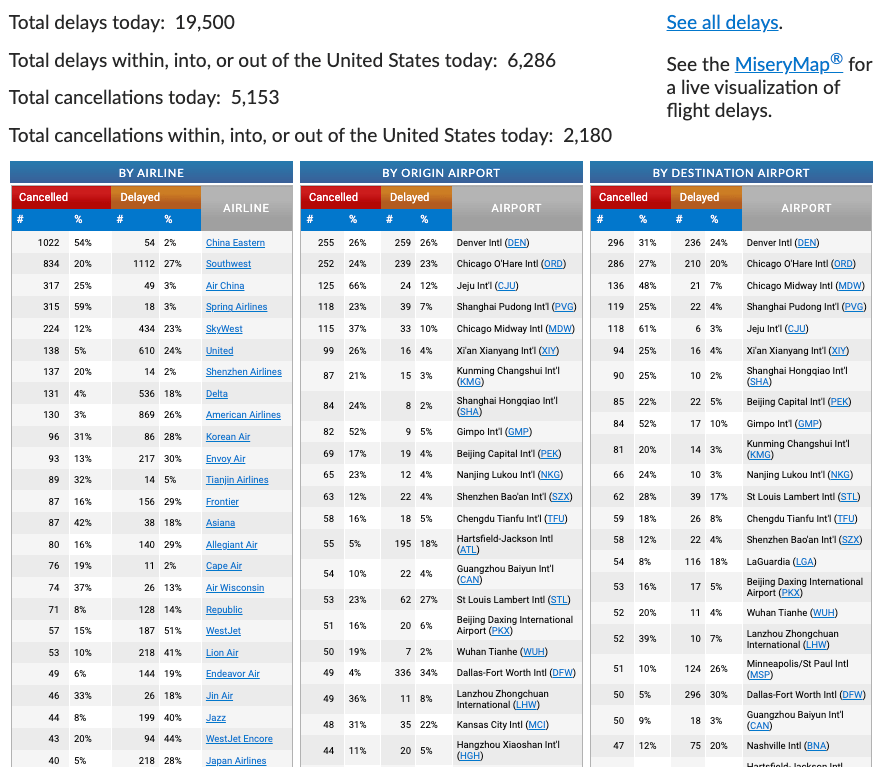 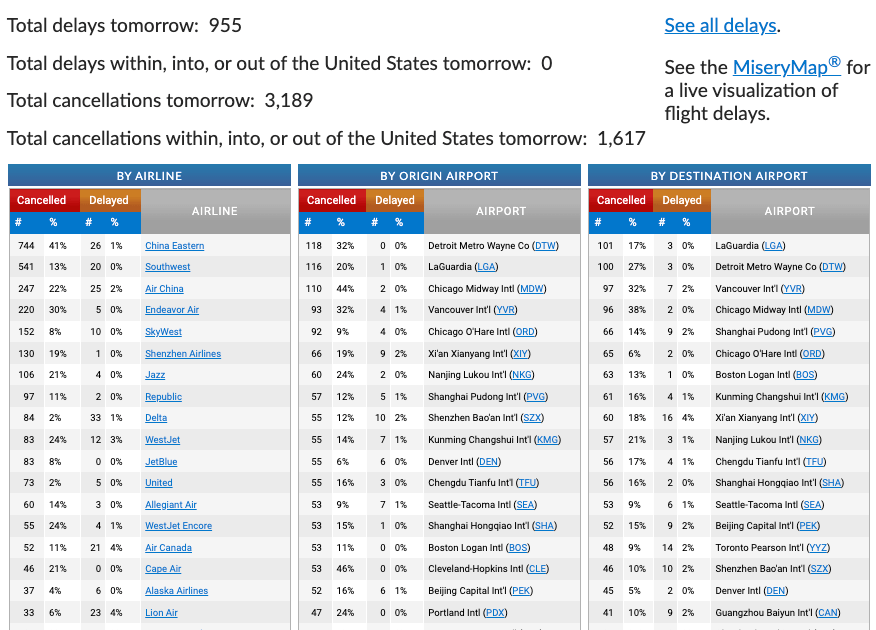 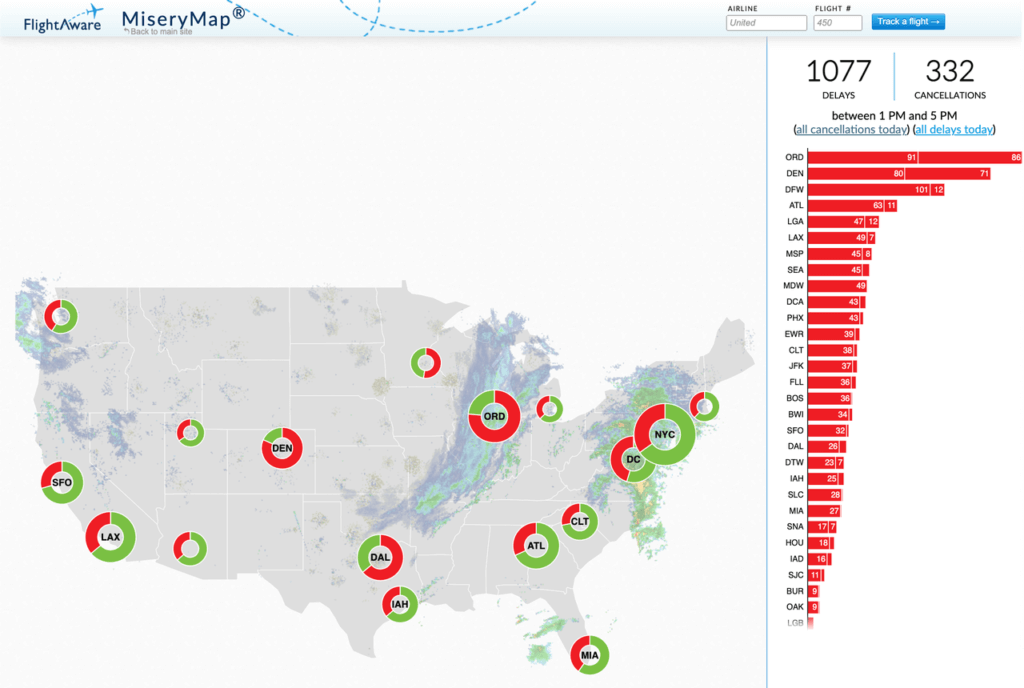 A powerful winter storm and cold blast will wreak havoc across the central and eastern US through the weekend and bring what the National Weather Service calls a “once-in-a-generation type event.”

More than 100 million people across the US are under winter weather alerts which extend across 37 states, dipping as far south as Texas. 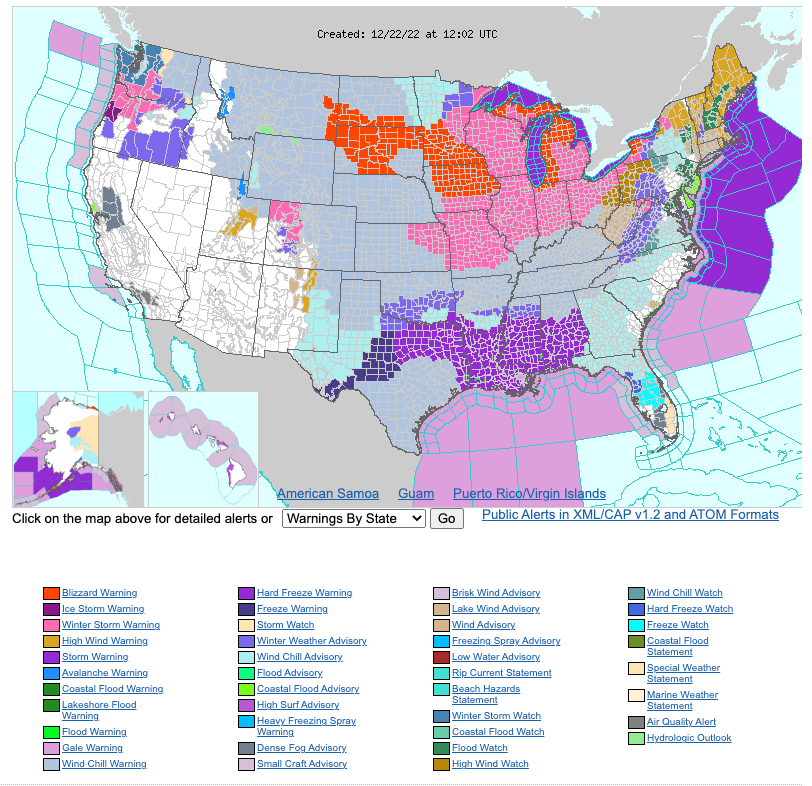 “At the forefront of the impressive weather pattern is a dangerous and record-breaking cold air mass in the wake of a strong arctic cold front diving southward across the southern Plains today and eastward into the Ohio/Tennessee Valleys by tonight,” the weather agency said.

“Behind the front, temperatures across the central High Plains have already plummeted 50 degrees F in just a few hours, with widespread subzero readings extending throughout much of the central/northern Plains and northern Rockies/Great Basin … these temperatures combined with sustained winds of 20 to 30 mph and higher wind gusts of up to 60 mph will continue to lead to wind chills as low as minus 40 degrees across a large swath of the Intermountain West and northern/central Plains, with more localized areas of minus 50 to minus 70 possible through the end of the week,” it continued. 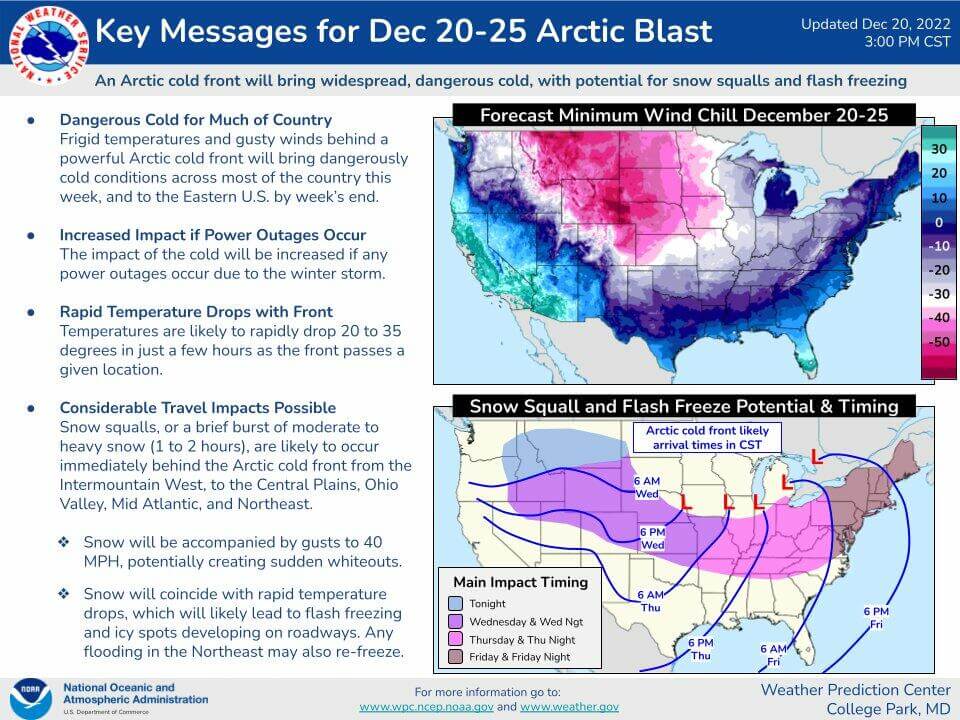 The weather service’s office in Cheyenne, Wyoming, reported a stunning 56-degree temperature drop in 6 hours overnight as the Arctic blast swept across the central US.

A wild day of weather continues over southeast Wyoming!
In addition to the record 1-hour temp drop earlier, we have now dropped 51 degrees (from 42 to -9) in TWO hours! The bottom keeps falling out as wind chills crash into the -40s locally in Cheyenne!
Stay safe out there! #WYwx pic.twitter.com/gFUh03v7FV

Ryan Maue, a private meteorologist, tweeted a weather model showing the massive cold blast pouring down into the Lower 48.

The storm is expected to rapidly intensify by Thursday evening into Friday and become what meteorologists call a “bomb cyclone.” 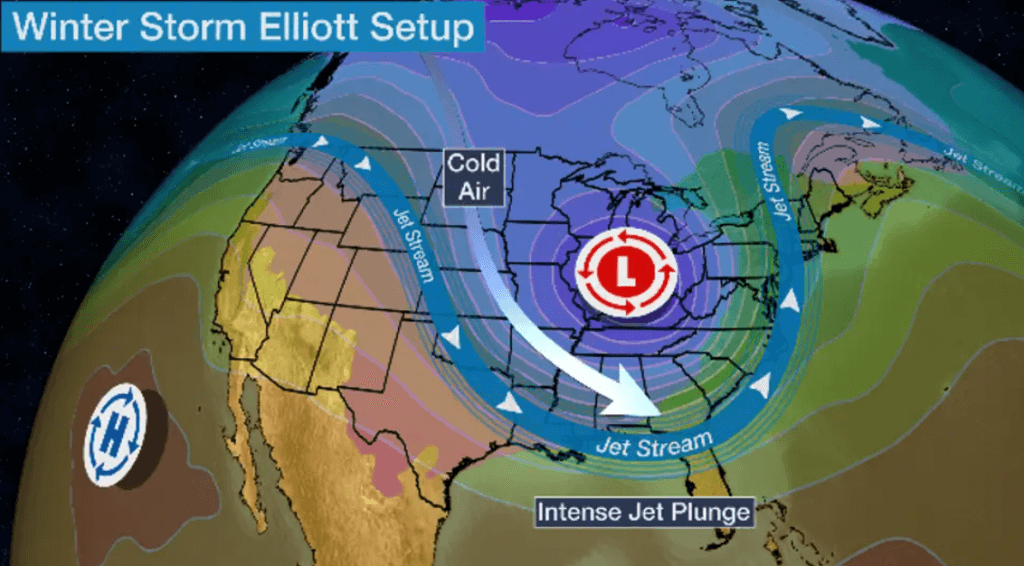 “This is a case in which snow totals may not tell the whole story. Even small snow amounts, when combined with very strong wind gusts and plummeting temperatures, can cause poor visibility and slick spots on roads. The sudden arrival of these conditions can increase the danger,” the weather service explained.

On Friday, the storm will pass through the Great Lakes and produce accumulating snow across much of the Midwest. Some areas in Michigan could expect more than a foot of snow by tomorrow, making travel a nightmare ahead of the Christmas holiday.

Dakotas, Montana, Minnesota, Iowa, Indiana, and Michigan all have blizzard warnings where the storm peaks Thursday into Friday. Major cities such as Chicago, Kansas City, St Louis, Twin Cities, and Detroit are under winter storm warnings.

As for the Southeast, Mid-Atlantic, and Northeast, heavy rain is expected through Friday. However, New England will get a shot of snow Friday night into early Saturday.

Severe winter weather will cause travel pains for millions of travellers over the next 48 hours. As of Thursday morning, more than 1,100 flights were cancelled across the US, according to the flight tracking site FlightAware. Several US airlines offered travel waivers before the storm’s arrival. 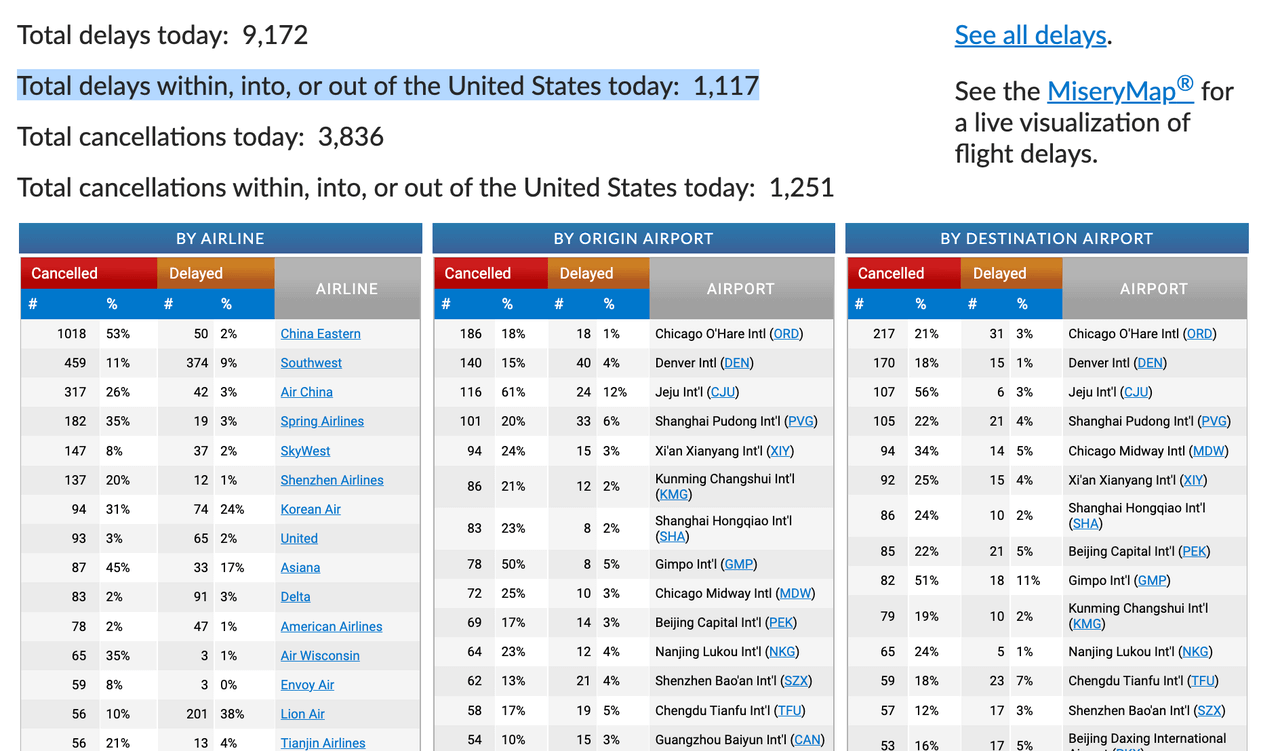 The Arctic air will stick around for the weekend, making this the coldest Christmas in four decades across the country.

And it was only this summer that climate alarmists and progressive mainstream media were pushing stories about how the Earth would burn without government intervention. Someone tell these delusional folks that climate change has been happening for hundreds of millions of years. Also, they should be reminded that El Nino and La Nina weather patterns are naturally occurring — not influenced by humans.

READ MORE: This Is Not Normal! The Nation Braces For A ‘Bomb Cylcone’ That Will Bring ‘The Coldest Air In Decades’