At the other end is pure water, the best for quenching your thirst and supporting optimal health. But there are times when you’re looking for something to savour and sip. In these instances, an excellent alternative is coffee or tea, both of which have earned a solid spot among healthy beverages.

After water, coffee and tea are the most commonly consumed beverages worldwide and one of the top sources of caffeine and antioxidant polyphenols in the U.S. One study was developed seeking to determine the impact drinking green tea or coffee would have on a population of people with diabetes.

What the researchers found suggests green tea and coffee consumption is associated with a lower risk of all-cause mortality. Past studies have evaluated the effect of regularly drinking tea or coffee on health, but few were carried out on a population of people with diabetes.

The team tracked 4,923 people in Japan with a diagnosis of Type 2 diabetes whose average age was 66 for approximately five years. The participants were enrolled in the Fukuoka Diabetes Registry and each filled out a survey, as well as provided background on their lifestyle choices, such as alcohol consumption, number of hours of sleep each night, exercise and smoking.

During the study 309 of the participants died. The main causes were cancer and cardiovascular disease. The researchers compared the number who had a history of drinking neither coffee nor tea against those who drank one or both. They found people with the lowest potential for death drank the highest amount of coffee and green tea.

Similar risk reduction was found in people with diabetes who drank coffee daily: One cup was linked with a 12% lower risk and two or more were linked with a 41% lower risk. However, in the group of individuals who drank both green tea and coffee every day, two to three cups of green tea plus two or more cups of coffee lowered their risk by 51% and four or more cups of green tea and one cup of coffee lowered their risk by 58%.

The combination of four cups of green tea and two or more cups of coffee reduced the risk of all-cause mortality by a whopping 63%. The researchers reported there was a 99.5% follow up rate that enabled them to “accurately investigate the association.” The researchers acknowledge there were some limitations, including the study was observational, meaning it cannot establish cause.

The data were also gathered from subjective assessments of the participants; other potentially influential factors, such as income and education, were not gathered. Finally, the green tea sold in Japan may not be the same type of tea found in other countries. The scientists wrote:

Past Data Suggests Similar Effect in the General Population

Coffee and tea are rich in beneficial antioxidants and other plant compounds that have positive effects on your heart and brain health, weight loss and the prevention of chronic diseases. The results of years of study have found:

In addition to the multiple benefits of green tea listed above, one polyphenol found in green tea, epigallocatechin-3-gallate (EGCG), helps zinc move into your cells where it can stop the replication of viruses. Zinc is an essential mineral found throughout your body and a cofactor in nearly 3,000 proteins.

One of the effective treatments for early symptoms of COVID-19 is the combination of hydroxychloroquine and zinc. The hydroxychloroquine acts as a zinc ionophore, helping the zinc move across the cell membranes and into the cell where it can stop the progression of viral replication.

However, hydroxychloroquine is not the only zinc ionophore. One lab study published in the Journal of Agricultural and Food Chemistry several years before the pandemic demonstrated EGCG and quercetin were effective zinc ionophore compounds. Both are flavonoids and act as antioxidants and signalling molecules.

Choose Organic and Ditch the Dairy

To enjoy the benefits of coffee and tea it’s important to remember that quality is key. Most coffee produced is heavily contaminated with pesticides and may be one of the most heavily sprayed crops. When I speak about the benefits of coffee it should be understood I am talking about organic (ideally fair trade) pesticide-free coffee.

Another disadvantage is that ground beans survive only a week before losing flavour. The rate of change increases dramatically as the beans are ground. So, another basic principle is to grind your own coffee beans. Overall, the healthiest form is organically grown, freshly ground coffee that is served black without milk or sugar.

Adding dairy could interfere with absorption of chlorogenic acids, and sugar contributes to insulin resistance. If you’re using a drip coffee maker be sure to use non-bleached filters since some of the chlorine leaches into the coffee during the brewing process.

When you’re choosing tea, seek out loose leaf tea since many of the current tea bags are made with plastic. These bags can leak up to 11.6 billion micro-plastic pieces and 3.1 billion nano-plastics with every cup you drink. Consider adding a squeeze of lemon juice to your tea, which may help stabilize the beneficial catechins so you can absorb more of them.

There are three main varieties of tea: green, black and oolong. The differences have to do with how the leaves are processed. Interestingly, EGCG is sensitive to water temperature, so brewing in 80 degrees Celsius or 176 degrees Fahrenheit releases only 60% of the EGCG from the tea leaf. Hotter temperatures may help you get even more antioxidants out of your tea. 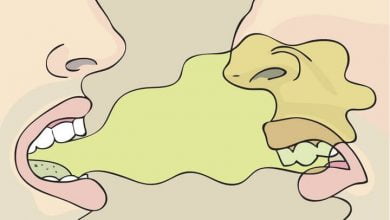 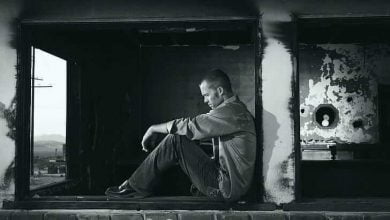