By Flora Zhao | The Epoch Times

Why is constipation so common in the United States? How do we effectively relieve symptoms?

Constipation is one of the most common gastrointestinal disorders. At least 2.5 million people see their doctor each year due to constipation, and the direct costs attributed to constipation-related health care are estimated to be greater than $230 million per annum.

In a cross-sectional survey of the US population, 4,702 (36%) of the 13,125 individuals who were finally included in the calculation were constipated. Of those who experienced constipation, only 38% reported ever discussing the problem with a healthcare provider; many had symptoms but did not receive treatment. The phenomenon of people with constipation ignoring or misevaluating their own symptoms has also been confirmed in another survey: nearly 1/3 of those who claim to have no constipation problems actually suffer from chronic constipation.

How do you know if you are constipated? Symptoms of constipation are defined as:

So, how does constipation happen?

As food moves through the digestive tract, nutrients are absorbed and digested food (waste) that remains moves from the small intestine to the large intestine, also called the colon. The colon absorbs more water from this waste, which creates a solid stool. When you have constipation, food moves slowly through the digestive tract. This gives the colon too much time to absorb water from the waste. Eventually, the stool becomes dry, hard, and difficult to push out.

People with constipation often suffer from other problems: in addition to the usual functional dyspepsia (indigestion), they may also suffer from conditions outside of the gastrointestinal tract (such as diabetes and obesity), as well as some psychological comorbidities (such as depression and anxiety). This is because physical discomfort can lead to a bad mood, affect the quality of life, and increase the physical and mental burden.

There are many causes of constipation, such as:

The 3 Biggest Causes of Constipation in Americans

Amy Gonzalez, a registered dietician in the United States, told The Epoch Times that constipation is indeed common in Americans, and the actual incidence may be higher as many people do not report their problems.

Gonzalez said that some poor diets and lifestyles of Americans can easily lead to constipation.

Gonzalez emphasized that we need to exercise every day, otherwise our digestive tract won’t move either.

Inadequate liquid intake is the second leading cause of constipation in the United States. Keeping your body well hydrated is essential to prevent constipation. A neat trick she suggests is adding a pinch of refined sea salt to a glass of water. Drinking this glass of water with trace minerals and electrolytes will soothe the digestive tract because these substances are the “spark plugs” of life, which calm the nervous system and allow the digestive tract to return to normal.

Tracy Lockwood Beckerman, a registered dietician in the United States and author of The Better Period Food Solution, also emphasized in an interview with The Epoch Times that people should always pay attention to the importance of maintaining adequate fluid intake. She said water is the oil that keeps the body’s system running. When dehydrated, the rectum will absorb the water in the stool, making it hard and dry, eventually leading to constipation.

Finally, both Gonzalez and Beckerman suggest that Americans are also constipated due to insufficient fibre intake. The U.S. Department of Agriculture (USDA)‘s recommended daily fibre intake for adults up to 50 is 25 grams for women and 38 grams for men; while women and men older than 50 should have 21 and 30 daily grams, respectively. However, the average American adult consumes only 10 to 15 grams of fibre per day, which is less than half the recommended amount.

In addition to fibre, we also need to consume probiotic and prebiotic foods. Probiotic foods such as sauerkraut, yogurt, kimchi, and other fermented foods can supply beneficial bacteria to the body; prebiotic foods, such as bananas, asparagus, sweet potatoes, garlic, and onion, are substances that “feed the good bacteria.” “If we have healthy bacteria in our intestines, it’s easy to keep the gut healthy, and the whole body will be healthy,” Gonzalez said.

Gonzalez stresses that even if we focus on eating the good foods mentioned above, it’s important to avoid foods that are bad for our bodies and guts. “Artificial sugar and processed foods are foods we should avoid,” Gonzalez said. This is because sugar and processed foods can lead to an imbalance of microbes in the digestive system, as well as inflammation of the digestive tract, which puts more stress on the body.

The United States is the country with the highest sugar intake in the world. According to the data released by Euromonitor, a well-known market research company: the average sugar consumption of global consumers is 34 grams per day, and the daily sugar consumption of Americans reached 126 grams in 2014 (50 grams of this from soft drinks alone), ranking first among all countries.

Compared with those who consumed 60 grams of refined sugar per day, the intestinal function of people whose refined sugar intake reached 165 grams was significantly affected. A high-sugar diet significantly increases the time it takes for food to pass from ingestion to excretion. An analysis of dietary data from 1,431 adults in Luxembourg, Switzerland, showed that the more sugary products people consume, the more likely they were to become constipated.

Whether it is an adult or a child, it is recommended to control the intake of free sugars to less than 10% of the total energy intake (about 50 grams for normal adults). A further reduction to below 5% would provide additional health benefits. Free sugars mentioned here refer to the sugars added to food and beverages (such as glucose, fructose, and sucrose), as well as the sugars naturally present in honey, syrup, and fruit juice concentrates; the sugar in fresh fruits, vegetables, and milk is not included.

It is recommended to pay attention to the ingredient labels of packaged foods. Many foods that don’t taste sweet are actually loaded with sugar, such as instant soups, cornflakes, and some sauces. Gonzalez said her patients are surprised when they start reading the sugar content on food labels. Food manufacturing companies often add more artificial sugar or sweeteners to enhance the taste of their products. Sweeteners and sugar make us crave more sleep and sweet foods, thus creating a vicious cycle. “Fruit isn’t all that sweet to us anymore,” Gonzalez said.

There is also a link between the high consumption of processed foods and the prevalence of constipation. A systematic analysis study in 2021 found that Americans generally consume 50 to 70% of their daily energy intake from ultra-processed foods; the percentage is only 10% in Italy, which eats a Mediterranean diet.

Cured and processed meats in processed foods can easily cause constipation, Beckerman added. First, they don’t contain any fibre. Moreover, their tempting flavour can make people overlook other healthy, fibre-rich foods that are also on the table; they are high in salt, which further absorbs water from the stool, making it drier and harder to pass; these foods are also high in fat, which requires more energy and longer time to digest.

Fried foods have similar effects on the body as cured and processed meats: high-fat content and lack of fibre will slow down the digestion process.

There is also a bad eating habit that can cause constipation, which is distracted eating. It can lead to eating too quickly, which then affects digestion.

Mental stress is also a major cause of constipation. The stomach upset that many people may experience when they are anxious or nervous is a classic example of the close communication between the nervous system and the digestive system. This is because when a person is tense or anxious, the brain will release a large amount of cortisol due to stress, which puts the body into a fight-or-flight state. Digestion is slowed as blood is diverted away from the intestinal tract and directed toward the limbs, which can also cause inflammation.

If these poorly digested foods are not excreted in time, they will cause hormonal imbalance. In other words, poor bowel movements can in turn increase anxiety.

Many patients first come to Gonzalez to address hormonal imbalances or problems with depression and anxiety. The first goal Gonzalez set for them was to have regular bowel movements every day. Some patients even laugh at the suggestion when they first hear it, but Gonzalez will patiently explain that it’s because, “when the gut becomes inflamed, so does our brain.”

A female patient suffered from anxiety and only had one bowel movement every eight days. Gonzalez found that she had low levels of stomach acid, which affected digestion and led to nutrient deficiencies and imbalanced gut flora. Gonzalez addressed her impaired digestive function and relieved her stress so that her nervous system could be better regulated, ultimately helping the patient achieve her daily bowel movement goal.

She suggested several ways to lower stress, like deep breathing, exercising, singing, etc. These activities actually help stimulate the vagus nerve, that is, the nerve that runs from the brain to the digestive tract, which helps turn off the stress response.

Eating sugar to reduce stress is a bad habit. Sugar can trigger inflammation and put more stress on the body.

Gonzalez specifically mentioned a method to facilitate bowel movements: prepare a footstool and place your feet on it when you sit on the toilet. This puts the body in a squat-like position, which makes bowel movement easier. 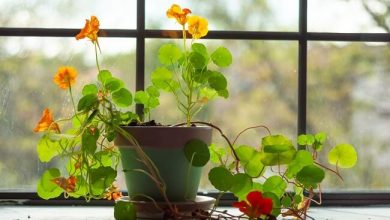 10 Physical And Mental Benefits of Houseplants 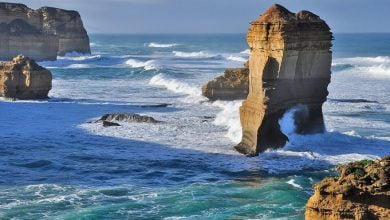 The Healing Power of Water 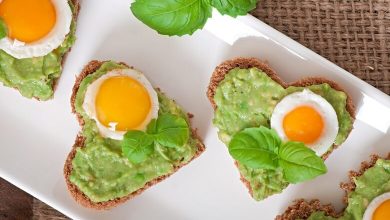 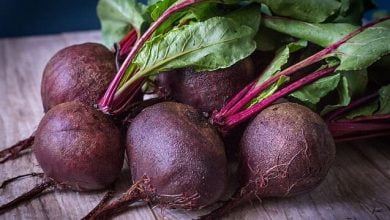 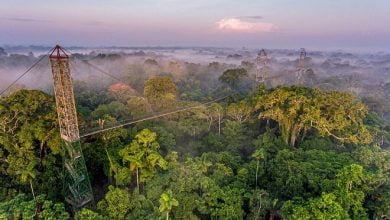 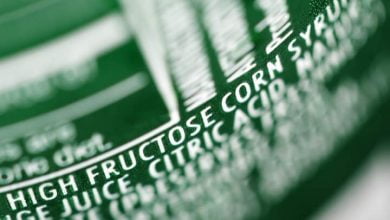 The Bitter Side of Sweetness: How We Came To Crave Overly Sweet Foods, And How To Find A Balance