According to Sitchin, Anunnaki modified the DNA of prehistoric humans 450,000 years ago by mixing their genes with them and putting them into labour for mining Earth’s natural resources, such as gold. He said that planet Nibiru has a long elliptical orbit and comes near to Earth every 3,600 years. Further, he stated that the planet was inhabited by technologically advanced human-like species taller than us. Around 450,000 years ago, they got attracted by the gold reserves in southeast Africa.

However, Sitchin’s theory does not explain why gold was so important to the Anunnaki that they had to establish Gold Mines in Africa to obtain it. Besides, it is unclear why being a technologically advanced alien civilization, the Anunnaki did not just manufacture the gold or harvest it from asteroids. Instead of establishing gold mines in Africa resulting in the need to manipulate Hominid DNA to create a Slave Species of human gold miners, they could simply build robots or use AI to mine the gold.

Why did Anunnaki need the gold? Ancient alien theorists suggest that they used gold to reflect sun rays from their atmosphere and preserve their home planet Nibiru. Gold is really an important element for space exploration and astronomy.

In his book “The 12th Planet”, Zechariah Sitchin claimed that the atmosphere on the Anunnaki Planet Nibiru was deteriorating and a possible solution to the problem may have been to suspend gold particles in Nibiru’s atmosphere in order to repair it by adding a new layer of fine gold particles.

Even if the Anunnaki needed gold to repair Nibiru’s atmosphere, it still does not explain why they built gold mines instead of simply manufacturing it as a technologically advanced Alien Civilization.

One of the possibilities that can be considered is that manufacturing may not have produced the required amounts, and it was preferable to work with natural deposits on gold mines even if they were off-planet. For this reason, gold mines may have been the best option available to the Anunnaki to extract the extensive natural African gold deposits.

Whilst gold can be found in asteroids, once again it seems possible that the amounts may not have been enough for the needs of the Anunnaki on Nibiru. Perhaps the Anunnaki did actually mine asteroids for gold as this possibility is not excluded by the Ancient Astronaut Theory.

It seems that gold mines were the best option for the Anunnaki because of the vast quantities that could be found in one location coupled with an atmosphere in gravity which permitted the setup of mechanized mining rigs that could be operated for a considerable length of time in a habitable Earth environment.

Why Manipulate DNA To Create Slaves (Human Species) Instead of Building Robots To Mine Gold?

In the “Lost Book Of Enki,” Sitchin noted that the Anunnaki initially attempted to mine gold from the Mediterranean sea using the technology aboard their ships. It was only when the quantities proved insufficient that the Anunnaki resorted to mining for gold.

It is said that before humans, Anunnaki used the Igigi (sometimes also spelled “Igigu”), the young generation of Ancient Astronaut Gods as their servants to mine gold on Earth but later, they were replaced by humans when they rebelled against the Anunnaki. For the ancient Mesopotamians, heaven is divided into three domes. The lowest dome of heaven was the home of the stars and the middle dome was the home of the Igigi – the younger gods. The highest and outermost dome of heaven was personified as An, the god of the sky. (click here to read full article)

Nevertheless, it was only when the Igigi revolted due to the demanding nature of the work involved in the Anunnaki gold mines that the decision was made to create a primitive worker using the Hominid Genes of Homo Erectus and fusing them with Anunnaki DNA, so that the new worker could be intelligent enough to understand Anunnaki education and instructions as the new labour force used on the Anunnaki gold mines.

So, it is clear that the Anunnaki did not arrive on Earth with the intention of creating the primitive worker. It was an unexpected development after the rebellion of the Igigi who were initially planned as the labour force to be used on the Anunnaki gold mines according to the Ancient Astronaut Hypothesis.

The Anunnaki Gods probably wanted to limit their activities to gold mining in Africa, but the creation of Humans forced them to become more involved in the affairs of Earth than they initially intended.

We May Finally Understand Why Clouds Are Different Between Earth's Hemispheres 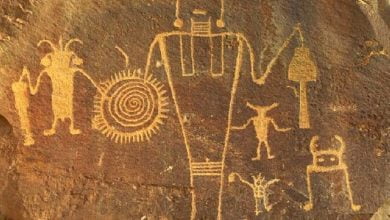 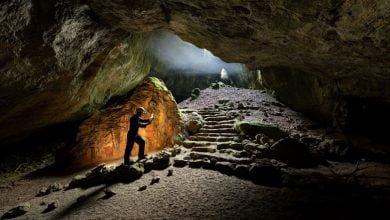 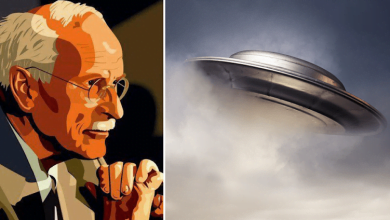 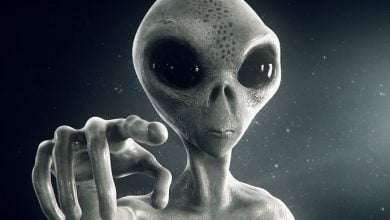 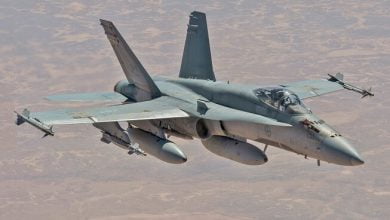