At the age of 17, Commander Juan Ignacio Lorenzo Torres began his aviation career. He served as an officer in the Spanish Air Force for 40 years, flew the royal aircraft of King Juan Carlos de Borbón, participated in the Saharan War as a combat pilot, and served as the head of an aviation training facility.

Simply put, he was a highly skilled professional pilot with more than 28,000 hours of flight time who had extensive combat experience.

“At that time, I was the Caravelle’s commander. It seemed odd that the airport controller in Barcelona told us to descend when we arrived. However, I reasoned that the planes passing may be the cause, so they forced us to descend. As a result, I instructed the co-pilot, Juan Celdran Garcia, to keep an eye out for any incoming aircraft.

Later, the controller reported that they could see an incoming plane from a higher altitude. When we were getting close to Barcelona, we were at FL310, and the controller gave the command to drop to 280. Specifically, to 28,000 feet (8.5 km).

At this altitude, there was significant turbulence, so I told the co-pilot to keep his guard up. Juan called out to me after a time, “I see him, but it’s not another jet.”

It was a powerful light. Too strong to be side lights for an airplane. He descended from the sky and immediately assumed a position in front of us. The co-pilot and I agreed that it didn’t appear to be a typical airplane, so we decided not to disclose its existence just yet.

The odd light approached rapidly. Only ten meters separated it from the nose of our airplane. Suddenly, another light with a variety of hues that resembled a ball appeared in the centre. White turned to blue, which turned to a grey tone.

The most peculiar aspect was that it pulsed, almost like it was “breathing.” He seems to lead a separate life. We also saw two more lights at this time, two considerably less bright lights, situated on either side of the primary light.

The object was moving forward at our pace while maintaining a safe gap between it and us. There were three objects—one enormous one in the middle, and two smaller ones on either side—but they appeared to be a single one because of how well they coordinated. Powerful light was present.

We contacted the stewardess after I, the co-pilot, and the flight engineer examined it. We also questioned her about whether she notices the light. Yes, she said when I inquired what it was. We simply wanted to make sure she saw it as well, so we stated we didn’t know.

The light then went out. And then came back on. We watched in awe as the thing drew near and started to manoeuvre incredibly close to the airplane. But he was moving so quickly that it was difficult for us to see him.

Ten minutes went by throughout this. “For your information, I will advise you that we have an unidentified object that is approaching and retreating from the aircraft,” I said when I next spoke with the controller.

We were required to provide a “transponder,” which is a radar detection code, by Barcelona airport air traffic control. The UFO kept making these incredible manoeuvres around us. There were several twists and turns intended to cut the person inside. Such overloads are insurmountable for any living being.

We had the impression that this thing was alive. It seemed to me like a huge human eye. These interlaced “veins,” or whatever they were, were coloured differently. As I mentioned, this light pulsed. It actually made me think of something living.

The UFO started to manoeuvre the plane anyway it pleased. Rise, descend, approach, depart, and execute either direct or parabolic motions. Since I’ve been flying since I was seventeen, I am aware that G-forces greater than “5” are too high for the human body to withstand. If this threshold is crossed, awareness is lost. Regardless of the anti-gravity outfit you’re donning.

The physical laws were all broken by this item. After drawing hyperbolas and parabolas and flying at a straight angle, he abruptly leaped from one spot to another. It was absurd.

We started singling after turning on all of the aircraft’s headlights. It started to react similarly. He followed suit each time we adjusted the light. It also came on when we switched on the lights. It was evidently speaking to us.

When I indicated that one blink per question would represent “Yes” and double blink “No” it responded when I asked questions in both English and Spanish. I’m not sure if it comprehended the words or if it read my mind.

I questioned UFO around 20 times in all, and I only got brief responses. However, I am unable to respond to every query since it was made obvious to me that I shouldn’t discuss it in order to stay out of problems. People can slip in the restroom or cross the street in the incorrect spot, they warned me during the special services.

I can only name the first three questions that I asked this UFO:

They were from our galaxy, they were friendly, but something bothered them about our nuclear technology.

The UFO then departed. Just took off. We arrived later. Lieutenant Colonel Antonio Aleu Padreni, who oversaw the alert and control network for the Barcelona region at the time, called me. 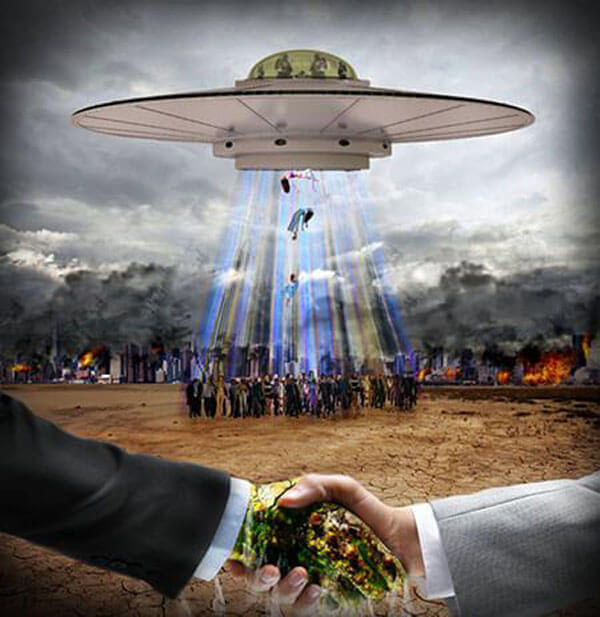 I was questioned in-depth about the UFO incident by the lieutenant colonel. The military at the time was extremely frank with me, telling me that the Air Force commander was aware of what had transpired and that three unidentified objects had been travelling in sync with my aircraft for some time when Siesta, Samba, Kansas, and Embargo air surveillance radars had detected them.

The objects might be found by the Bolero radar at Constantine, Seville. It was even recorded: they showed me the radar data and I even requested a paper copy, which they delivered to me with the restriction that I not share this information.

As news of the event spread, Lieutenant Colonel Ugarte and another military member visited my home in Madrid and made an urgent request for “everything you have and what does not belong to you.” I was compelled to hand up the radar recordings from which this UFO’s approach to my jet was captured.

But it was too late; the incident was no longer a secret, and ultimately the news media learned about it. General Lacale served as the aviation minister at the time. “No, they aren’t ready for that yet,” he responded. We are unable to inform them about it.

The matter became legitimate. The press was informed (in an official letter) “that the pilots spotted the planet, Venus” after an investigator was appointed in this instance.

Just that. Where could I turn? We tried to prove a point while reporting what we witnessed. Does the co-pilot, who recently assumed command of an airplane, really want to jeopardize his career? Nobody wants to put their lives or their jobs at danger.

The weird thing is that before all of this happened to me, I didn’t think that UFOs existed. I had a lot of fun laughing at this subject and at those UFO believers. And now I can say with certainty that THEY are in our sky,” commander Juan remarked.

“I have no doubt that these are spacecraft from other worlds given what they are and the incredible technical skills they possess.

Will the day ever come when our civilisation understands that intelligent, highly technology beings are visiting us? I’m hoping that one day we’ll emerge from this hole and stop following the ostrich policy,” he continued.

Since 2013, one of the most well-known websites, icestech.info (anomaly + alien), has provided the most recent breaking news and articles about UFOs/UAPs and any other unexplained and paranormal phenomena.