(Update 5:30pm ET): Shortly after images of the gas pipeline explosion was reaching social media, President Biden appeared behind the lectern at The White House (an hour late) to tell the world that he’s “convinced” that Russian President Vladimir Putin has decided to launch a further invasion in Ukraine, including an assault on its capital, Kyiv.

After weeks of saying the U.S. wasn’t sure if Putin had made the final decision to launch a widespread invasion, Biden said that assessment had changed, citing “significant intelligence capability.”

“As of this moment I’m convinced he’s made the decision,” Biden said.

“We have reason to believe that.” He reiterated that it could occur in the “coming days.”

“We believe they will target Ukraine’s capital Kyiv, a city of 2.8 million innocent people,” he said of Russian forces.

But with US Secretary of State Antony Blinken scheduled to speak with Russian Foreign Minister Sergei Lavrov on Thursday, Biden said there is still time for negotiations to defuse the crisis.

“Diplomacy is always a possibility,” he said.

Meanwhile, US officials  are also convinced that Russia was responsible for the DDOS attacks in Ukraine this week

Additionally, if any more FUD was needed, Foreign Policy reports that the US has obtained intelligence that Russia may target prominent political opponents, anti-corruption activists, and Belarusian and Russian dissidents living in exile should it move forward with plans to invade Ukraine.

(Update 4:48pm ET): In the overnight hours local time a massive gas pipeline explosion is being reported, with a fire raging at the site. Early unconfirmed reports suggest the powerful explosion rocked a part of the pipeline in the pro-Russian separatist region, in or near the city of Luhansk.

Interfax is also confirming a “pipeline fire in Eastern Ukraine after a powerful explosion“… Dramatic videos were quick to emerge showing a bright fireball on the horizon.

A gas pipeline is on fire in breakaway region Luhansk in Ukraine, Ria and others report pic.twitter.com/9em7JG5Maz

“An explosion has rocked the city of Lugansk in eastern Ukraine late on Friday, Sputnik news agency’s correspondent has reported,” according to Russian media.

And reports of a second explosion have come across the news wires:

“Local media have also confirmed that a pipeline in the area has been affected, resulting in a major fire. Emergency services are on the scene,” the report said.

Hawkish Republican Senator Marco Rubio was quick to immediately point the finger at Russia for sabotage, suggesting that that Washington might have its ‘false flag‘ moment to pin on Moscow…

#Russia just blew up an important gas pipeline in Eastern #Ukraine & will now falsely blame it on Ukrainian forces. And their propaganda outlets started spreading it just minutes after it happened. pic.twitter.com/9bWrSvcQ0y

(Update 12:30 ET): Russia’s RIA is now reporting that the head of the Russian-backed Donetsk People’s Republic, when asked whether things are moving towards war, said “unfortunately, yes.”

RIA is quoting the head of the Russian-backed Donetsk People's Republic responding to the question of whether things are moving towards a war, and he says "unfortunately, yes" #Ukraine #Russia

(Update 11:05ET): Futures have taken the elevator to session lows after Russia’s RIA reports a large explosion occurred near the separatists’ government building in the center of Donetsk. 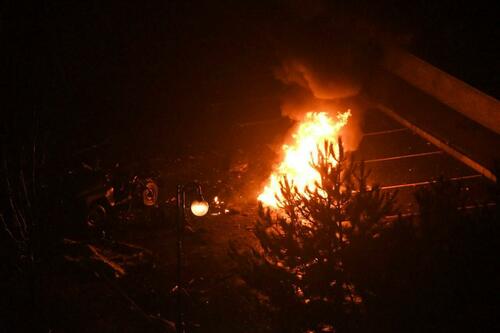 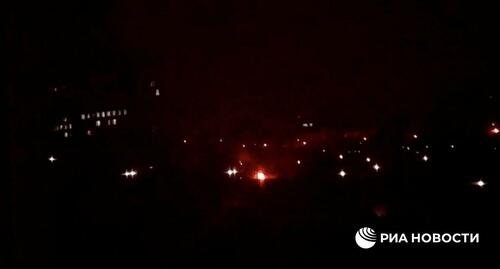 … and which has been attributed to a car bomb assassination attempt.

Donbas breakaway government says a car exploded near their HQ in Donbas/Donetsk.

So we can all calm down

The news slammed US equity markets to session lows… 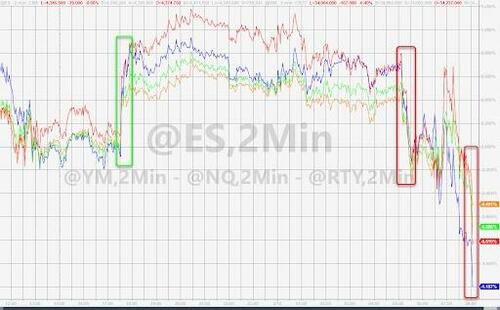 … hammered the ruble, which is now down 1.6% against the dollar… 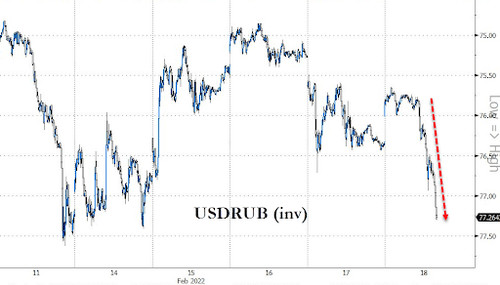 … and pushed safe havens such as Treasuries and gold higher.

Update (0950ET): Now the second Donbas republic has announced it has initiated the evacuation of civilians as there are reports that intense fighting has broken out at various spots along the line of contact.

“The leader of the second self-declared republic in eastern Ukraine has announced that the evacuation of civilians to Russia is being organized,” CNN reports after pro-Russian separatist leaders in Donetsk hours ago announced the same.

Leonid Pasechnik of Luhansk People’s Republic, said in a statement the evacuations began “due to the escalation of tension on the contact line, instructed the heads of the territories of the Republic to ensure the organized evacuation of the population… and help the population in the delivery to border checkpoints.”

He added “the Russian Federation is ready to provide organized reception and accommodation on its territory of residents of the Luhansk People’s Republic.”

Meanwhile the narratives continue to duel:

“Right now we are seeing a deterioration of the situation” in eastern Ukraine.

While blame-scaping is obvious in the narratives, they both agree that ‘tensions are rising’.

As we detailed earlier, citing the risk of ‘conflict escalation’, separatists in Donbas (Eastern Ukraine) have announced the evacuation of women, children, and the elderly at the contact line to Russia, according to Interfax.

The leader of the so-called Donetsk People’s Republic, Denis Pushilin says, claims to have agreement with government of Russian Rostov region to host people. 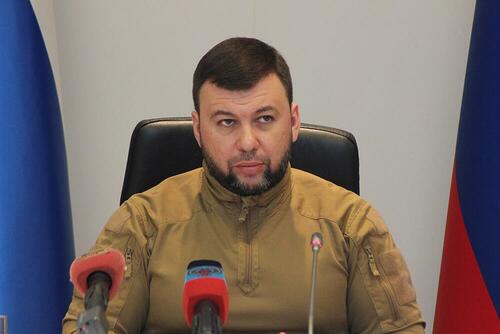 In recent months, we have been observing a daily increase in the number of military personnel and lethal weapons by Ukraine, including Smerch and Uragan multiple launch rocket systems, NLAW rocket launchers, as well as Javelins and Stingers along the entire line of contact.

Today their guns are aimed at civilians, at us and our children.

The armed forces of the enemy are in combat formations and are ready for the forceful capture of Donbass.

President of Ukraine Volodymyr Zelensky will soon give an order to the military to go on the offensive, to implement a plan to invade the territory of the Donetsk and Luhansk People’s Republics.

I appeal to all the inhabitants of our state.

The armed forces of the Donetsk People’s Republic, having experience in conducting military operations, are in constant combat readiness, fully capable of protecting the civilian population and infrastructure.

Nevertheless, when the enemy shells the settlements of the Republic, the life and health of our citizens may be endangered.

Therefore, from today, February 18, a mass centralized departure of the population to the Russian Federation has been organized.

First of all, women, children and the elderly are subject to evacuation.

We kindly ask you to listen and make the right decision. Temporary departure will save the life and health of you and your loved ones.

By agreement with the leadership of the Russian Federation, places for the reception and accommodation of our citizens are ready in the Rostov Region. The evacuees will be provided with everything necessary. All conditions have been created for a quick transition at checkpoints.

The heads of enterprises and institutions need to organize the departure of the families of employees. Headquarters of territorial defense – to provide transport for the evacuation of civilians.

Dear fellow countrymen, I ask you to remain calm and calm. Together we will stand and win!

Head of the Donetsk People’s Republic

It appears the evacuation is under way…

Sirens are reportedly sounding in Donetsk… 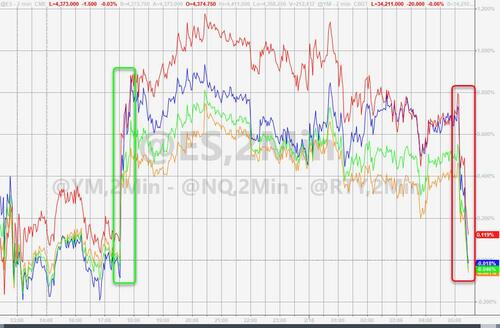 US Treasury yields are sliding, along with the Ruble but oil is unimpressed. 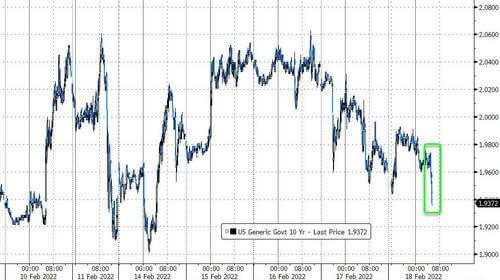 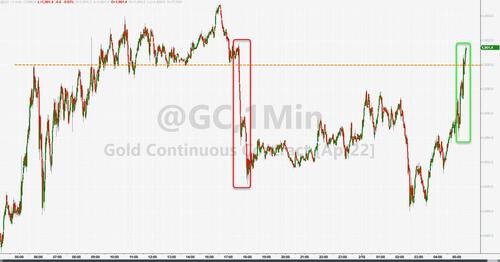 Ahead of a long weekend, we suspect few will be willing to roll the dice long with both sides appearing to be escalating the words and actions.

This article (Powerful Gas Pipeline Explosion Rocks Eastern Ukraine; Biden “Convinced By Intel” Putin Has Decided To Invade) was originally published on Zero Hedge and is published under a Creative Commons license. 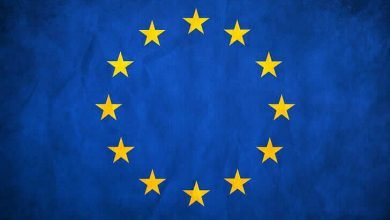 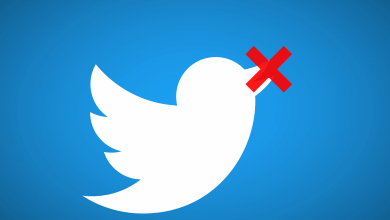 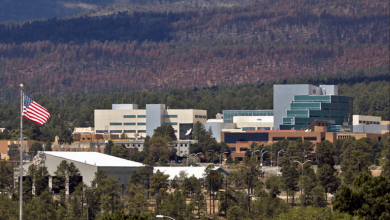 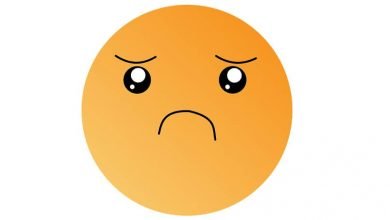 The Worst Economic Gloom In 50 Years 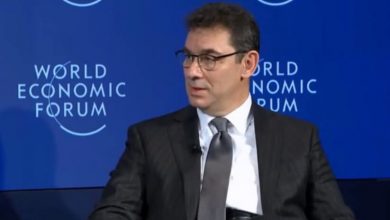