It has been estimated that as many as 2 billion people worldwide practice some form of yoga. Some are drawn to the gentle mode of exercise that yoga provides, seeking a more mindful way to work up a sweat. Others are drawn to yoga as part of a process of awakening, finding deep affirmation of the mind-body-spirit connection through their practice. A person may be introduced to a particular style of yoga through a friend, or through what’s available at their local yoga studio, and may never give any thought to the fact that yoga exists in many forms, with each style possessing significant differences in form and function.

Kundalini Yoga is thought by many to be the mother of all yogas. The oldest known reference was in the Yoga-kundalini Upanishad, or “secret doctrine of Kundalini yoga,” believed to have been written between 1,400 and 1,000BC. This ancient Vedic text describes several forms of yoga, such as Hatha and Tantra, and is considered the foundational text on Kundalini yoga practice.

The combined effects are akin to tuning one’s body to a higher frequency, thus creating a heightened state of consciousness and well-being.

Referred to by practitioners as “the yoga of awareness,” the chief aim of Kundalini yoga, according to the Kundalini Research Institute, is to “..awaken the full potential of human awareness in each individual.” Yogi Bhajan, the man who brought Kundalini yoga to the West, describes the practice as both a science and an art: “It is the science to unite the finite with infinity, and it’s the art to experience infinity in the finite.“

A lot is said in Kundalini yoga circles, and even in popular culture, about the “rising of the Kundalini.” Kundalini energy refers to the primal evolutionary force within every living being. This energy is represented in sacred art as a red or orange snake, coiled at the base of the spine. (Kundal means “coiled” in Sanskrit.) This snake symbolizes the rising up of our base, sexual drive, which purifies itself as it moves upward through the chakras (energy centres in the body), until it is released through the crown chakra into the cosmos where it mixes with the divine energy of Spirit. This transmutation of sexual energy into its higher octave, spiritual energy, is believed by some to be the origin of the alchemical myth of turning lead into gold.

But how can Kundalini yoga benefit a modern person who has no plans of retreating to an ashram? Is it exercise? Or is it a religion? And how does science fit into the picture? A brief examination of Yogi Bhajan’s personal story will shed some light on how this ancient scientific and spiritual practice become an exercise that came to the rescue of many “typical Americans.”

Harbhajan Singh Khalsa, known to all as Yogi Bhajan, was born in India in 1929. He began studying Kundalini yoga at the age of 8, and by 17 years old, was proclaimed to be a Master of Kundalini. In 1968, Bhajan left India for a university teaching post in Toronto, Canada. It was on a sojourn to Los Angeles in the heart of the “peacenik” movement, that Yogi Bhajan noticed a great spiritual hunger in the young people of America. This hunger was unfortunately being fed by lots of drugs. Yogi Bhajan understood that what Americans were seeking was a spiritually connected experience, such as that which is obtained through Kundalini yoga practice. He also knew that drug-use weakens the central nervous system, which is precisely the system through which Kundalini yoga operates in the body.

Yogi Bhajan said he felt called upon to enlighten these seekers, in his words, “No one needs it more,” so he broke with the tradition of secrecy that had shrouded Kundalini yoga for millennia, and began teaching the ancient system to the Baby Boomer generation. His classes soon filled to capacity and he began training the first wave of instructors, many of whom are still teaching today. While in Los Angeles, Bhajan founded “3HO,” the Healthy, Happy, Holy Organization, his description for a way of life that everyone deserves to live. This organization is thriving, and has preserved his teachings in a library, as well as through instructor certification programs worldwide.

A Science of the Central Nervous System

The mechanisms at work in the various asanas, or postures of Kundalini yoga, combine sensory stimuli received through all of the sense doors. Asanas may be done in isolation, or combined in sets known as kriyas. Typically, one kriya is performed in each Kundalini yoga class, which may require as long as two hours to complete. Each asana is both a physical exercise, and a meditation, and is designed to open the channels and pathways for energy to flow freely. Depending on the variables of the exercise set (which asanas are combined within the kriya), a student can expect a different physiological impact. Some of the variables that are specified within each posture are:

The various combinations of these actions have specific effects on the central nervous system, heart rate, and even blood and lymphatic flow. Some exercises work to stimulate, others to soothe. According the 3HO, the specific angles involved in the postures work to redirect blood and energy to various glands and organs, restoring balance to the glandular system, and purifying the blood by flushing or increasing circulation. The effect of an on-going practice is to balance, strengthen, and tone these body systems, making us better suited to the demands of everyday life. The effect on our minds is yet another facet to this fascinating practice.

A System of Conscious Evolution

The origins of Kundalini yoga imply that it was first developed as a science for controlling the movement of prana, or life-force energy, within the body. Prana is believed to emanate from the root chakra, where it lies dormant in an “unawakened” individual. Once this energy is awakened through Kundalini yoga practice, the prana is said to rise up through the seven chakras of the body, cleansing and purifying with its “sacred fire,” which can be correlated to heat-producing metabolic energy in the body. If Kundalini is unobstructed by physical or energetic blockages, it exits through the crown chakra located at the top of the head, and mixes with the Divine energy of creation. This “Kundalini awakening” is the process of self-actualization.

The physical aspects of the practice serve multiple functions, not the least of which is to challenge our natural, comfort-seeking tendencies. When we break through perceived physical limitations in yoga practice, we discover our inner strength, flexibility, and resilience. Moving through the various asanas with their differing postures and levels of difficulty allows us to have a direct experience of the impermanence of all things. Thoughts and physical sensations will shift from euphoric to self-defeating within the span of one class, making the experience of yoga a perfect encapsulation of the challenges and rewards we experience in everyday life. A yoga practice can be deeply grounding, as well as uplifting, and reinforce a sense of control over one’s life. Not a bad way to spend 2 hours!

Who looks outside, dreams; who looks inside, awakes..” – Carl Jung, author of The Psychology of Kundalini Yoga

Carl Jung, the early 20th century founder of analytical psychology, believed Kundalini yoga was the perfect framework through which to explore the science of self-actualization. In 1932, Jung presented a well-documented seminar on Kundalini yoga, noting that Western psychology presented no equivalent process for purifying and transforming all aspects of the self: mind, body, spirit. Jung believed that many of the patients he encountered in his psychoanalytic work suffered from both psycho-spiritual as well as physical symptoms of rising Kundalini energy. Jung’s central belief that humans must plumb their inner darkness and explore the subconscious beliefs that may be limiting one’s life experience, shares much with the Kundalini yoga philosophy. Perhaps this explains why Kundalini yoga has become such a promising therapy for sufferers of PTSD, addiction, and other psychiatric diagnoses.

Modern science has begun to confirm what Yogi Bhajan knew: Kundalini yoga strengthens and restores the nervous system. An 8-week study of the benefits of Kundalini yoga for PTSD trauma sufferers showed that participants had significantly improved PTSD symptoms, including better sleep, less perceived stress, more positive mood, more resilience, and less anxiety than did the Control group. A 2017 study looked at the effects of Kundalini yoga on an individual’s perception of stress, by measuring secretion of cortisol and alpha-amylase, two key hormonal stress indicators. The study found that the practice of Kundalini yoga for three months produced “an immediate effect on salivary cortisol levels and on perceived stress,” and that “A significant decrease of perceived stress in the study group was found.” A similar study that allowed participants to self-report, showed benefits beyond stress tolerance, such as greater capacity for self-reflection, improved mental clarity, and higher self-esteem. Similar mechanisms are at work in the brain of addicts, including low levels of a neurotransmitter called gamma-aminobutyric acid (GABA). One study has shown that just one hour of yoga can increase GABA levels by 27%.

In 2017, in a first-of-its-kind study, Kundalini yoga was explored as a therapy for age-related cognitive decline. After 12-weeks, participants who engaged in a Kundalini yoga practice “showed short- and long-term improvements in executive functioning as compared to [Control group],” and even broader positive improvements were seen on depressed mood and resilience. Due to Kundalini yoga’s unique ability to target the physical mechanisms of fear and anxiety, it has shown promise as an adjunctive therapy that could improve mental and emotional functioning for patients who have received a cancer diagnoses.

Kundalini yoga is an ancient practice that has been preserved and passed down, for the benefit of humanity. As Yogi Bhajan presciently knew, “no one needs it more” than the chronically overworked, hyper-stressed, and still heavily-medicated population of the modern Western world. If you would like to learn more about Kundalini yoga, you can explore the fundamentals on KundaliniYoga.org, and if you’re ready to try a class, 3HO can help you find instructors in your area.

For additional research on yoga visit our database on the subject. 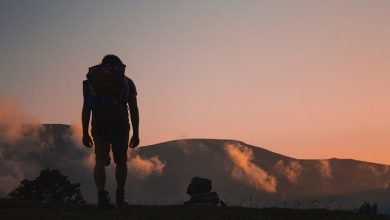 At The Sensitive Midpoint of Two Eclipses: Astrology Forecast May 31st – June 6th, 2021 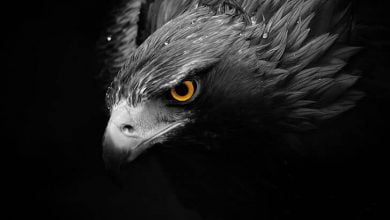 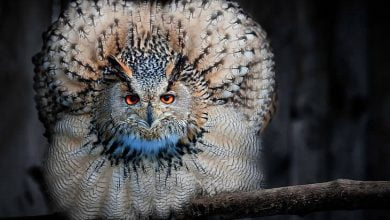 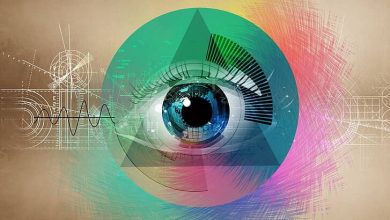 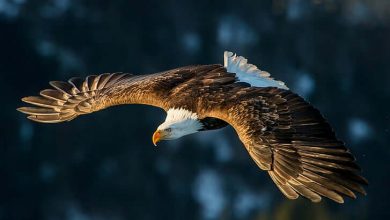