An intact room that was lived in by slaves has recently been discovered in a suburb of the ancient Roman city of Pompeii. Archaeologists excavating a villa amid the ruins of 79AD volcanic eruption discovered the “exceptionally well-preserved” room that offers a “very rare insight into the daily life of slaves,” officials said, according to a press release. Three wooden beds, a chamber pot and a wooden chest containing metal and fabric items were among the objects found in the quarters of what was once a sprawling villa in Civita Giuliana.

“It offers an extraordinary glimpse into a part of the ancient world that usually remains largely in the dark. The room grants us a rare insight into the daily reality of slaves..” the press note read. 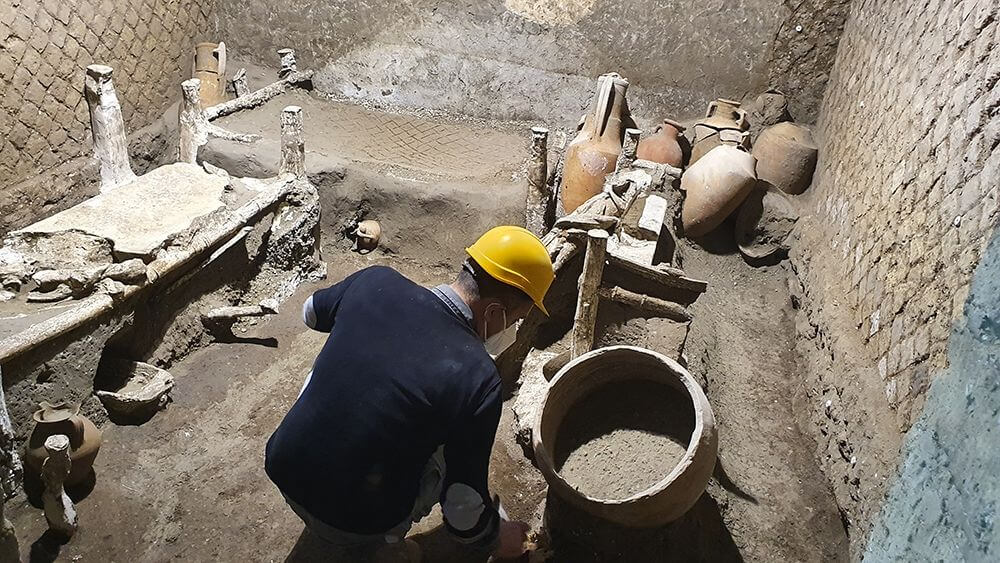 The room was discovered just a few steps from where archaeologists in January discovered the remains of a well-preserved ceremonial chariot. The officials informed that along with three wooden beds, a chariot shaft was also found in the room, which they said had served as the humble lodgings of, possibly, a small family who carried out day-to-day work in the villa. The only natural light in the room came from a small upper window, and there was no evidence of any wall decorations.

Gabriel Zuchtriegel, director of Pompeii’s archaeological park, said, “This is a window into the precarious reality of people who seldom appear in historical sources that were written almost exclusively by men belonging to the elite, and who as a result risk remaining invisible in the great historical accounts.”

“It is a case in which archaeology helps us to discover a part of the ancient world which we would otherwise know little about, but which is nonetheless extremely important,” Zuchtriegel added.

As per the press note, several personal objects were also discovered under the beds, including large amphorae, used for storing personal possessions, and ceramic jugs. Additionally, experts said that the room was probably also used for storage, as demonstrated by the eight amphorae crammed into the corners that were otherwise left free for just this purpose. “What is most striking is the cramped and precarious nature of this room, which is something between a dormitory and a storage room,” said Zuchtriegel.

“It is certainly one of the most exciting discoveries of my life as an archaeologist, even without the presence of great ‘treasures’. The true treasure here is the human experience – in this case of the most vulnerable members of ancient society – to which this room is a unique testimony,” he added. 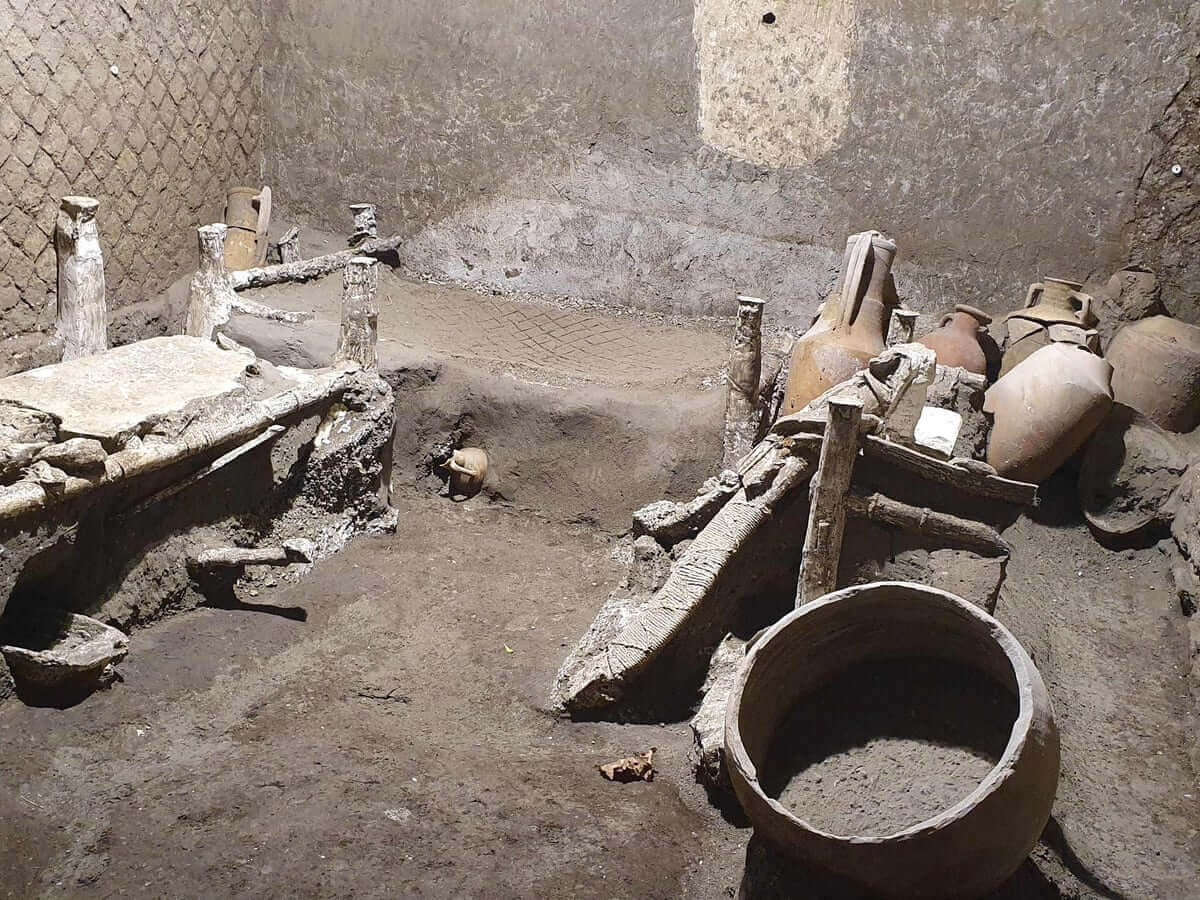 It is pertinent to mention that the villa, with a panoramic view of the Mediterranean Sea, is considered one of the most significant finds at Pompeii. Excavations on the site of the Civita Giuliana villa began in 2017. Since then, several relics have been found, including a ceremonial chariot and a stable containing the remains of three harnessed horses.

Earlier, at the same site, scientists excavated the skeletal remains of a wealthy man and his male slave who fell victim to the eruption of Mount Vesuvius nearly 2,000 years ago. According to a release by the Italian culture ministry, archaeologists predicted that the temperature in the ancient Roman city of Pompeii reached higher than 500 degrees Celsius, over 930 Fahrenheit that charred the bodies. One of the men appeared to be 23 years old at the time of the calamity and the other nearly 18 years of age.