Parsley is considered an herb. The word herb refers to the green part of a plant used to season and flavour food. For example, spinach is green but is a vegetable because it is a food and not flavouring. Parsley is green but used as flavouring and so it’s an herb.

Herbs are known for their fragrance and aromatic properties. In many cases, herbs have been a part of natural and traditional medicines for decades. There is also an essential difference between what is classified as a spice and what a herb is. It boils down to what part of the plant you are using.

For example, an herb is the green part of the plant, whereas using dried bark, roots or seeds would be considered a spice. Using herbs in your cooking adds a richer flavour to your foods. Some recipes call for dried herbs and others for fresh. This is not interchangeable since the process of drying changes the flavour profile.

Dried herbs may be used during the cooking process, but fresh herbs are often added at the end of your meal preparation.

Parsley Named Herb of the Year

National Herb Week was established in 1991 by the International Herb Association (IHA). It is celebrated each year in the week before Mother’s Day, which in many parts of the U.S. marks the beginning of gardening season.

The purpose of National Herb Week is to bring national attention to the many available herbs used in the kitchen and grown in gardens. Since 1995, Herb of the Year has been used to highlight National Herb Week. The IHA’s Horticultural committee chooses the herb based on the plant meeting two of three criteria.

The criteria include having outstanding characteristics in medicine, cooking or as a decorative plant. Every year, the IHA publishes a book on the selected herb in which members contribute material that may range from botanical information to how to use the plant. For 2021, the IHA chose parsley.

There are three varieties of parsley. Crispum has curly leaves and looks a little like moss. Neapolitanum is better known as Italian parsley and has a stronger flavour and flat leaves. Tuberosum was developed in the last 200 years and is grown for the flavour of the roots.

Parsley is native to the Mediterranean region where it was cultivated for more than 2,000 years. Some historians believe the Roman Emperor Charles the Great popularized the herb since it grew all over his property.

Parsley is one of the most common fresh herbs used in the U.S. and for decades has been used as a garnish in restaurants. The ancient Greeks and Romans used it more in ceremonies than in the kitchen. Ultimately, the taste of the plant depends on the soil in which it grows and climate conditions.

Parsley is easy to grow in well-drained soil. The plant prefers cool summer climates, but must be protected as the temperature drops. The flat leaf variety is more cold- and drought-tolerant than the curly leaf. Container plants can overwinter indoors and provide fresh parsley during the winter months.

Parsley is more than just a pretty face. The leaves and stems are rich in flavonoid glycosides that have demonstrated significant antioxidant activity. One chemical analysis of Petroselinum crispum leaves and apiin identified 29 flavonoid glycosides. Apiin is a natural diglycoside of apigenin. This is a flavone, which is one of six subclasses of flavonoids.

In a study, the water extract of parsley contained 90% pure apigenin and a high content of phenolics and total flavonoids with high antioxidant activity. Analysis also found high amounts of quercetin in the parsley extract.

Dietary flavonoids are naturally found in vegetables, fruits, wine, tea and chocolate. The high bioavailability is a major contributor to the biological activities, which include antioxidant, anticancer, antitumor and hepatoprotective effects. Other biological effects can include antidiabetic, antiviral, antibacterial and antifungal activity.

Many of the effects seem to be related to modulating cell signalling cascades. There is some limited evidence that the anti-inflammation and antioxidant activity in flavonoids have an influence on neurodegenerative diseases such as Parkinson’s disease and Alzheimer’s disease.

Your body uses acute and intermittent increases in inflammation to fight physical injury and infection. However, chronic inflammation can lead to several of the leading causes of death in the U.S., including cardiovascular disease, cancer, chronic kidney disease, diabetes and non-alcoholic fatty liver disease.

Plants have been a part of cultural medicinal practices for centuries. Traditionally, parsley has been used to treat cardiac disease, kidney disease, diabetes and high blood pressure. More recently, scientists have found it has a positive effect on female infertility.

A recent study published in the Journal of Ethnopharmacology sought to evaluate the acute toxicity and anti-inflammatory activity of parsley extract in an animal model. The researchers also measured the animals’ estrogen levels, protein and cholesterol.

Using a polyphenolic fraction, the researchers investigated subacute toxicity measuring weight and later a histopathological examination of the kidneys and liver. The results showed the extract did not negatively impact the liver or kidneys of the animals and did show:

“… remarkable anti-inflammatory activity, as well as significant estrogenic effect compared to negative control.” And concluded, “This study provides a scope of the potential use of Petroselinum sativum Hoffm. extracts in counteracting female infertility issues.”

Researchers from two universities in Korea also analysed the ethanol extract of parsley as an ingredient in functional cosmetics. They sought to verify the anti-aging, anti-inflammatory and skin brightening effects of the parsley extract, including the polyphenol and total flavonoid content. Laboratory studies showed no cytotoxicity and researchers concluded the evidence suggested:

“Parsley extracts have remarkable anti-oxidant effects and are valuable as a cosmetics ingredient with anti-inflammatory, skin-brightening, and anti-aging effects.”

An earlier study of parsley ethanol extract evaluated the anti-inflammatory and antihepatotoxic activity in an animal model when hepatic damage was induced. Later, histopathological tests on the liver were carried out. Results of the experiment showed the flavonoids, tannins and/or triterpenoids offered significant protection against hepatic damage.

A systematic review of the literature found the prevalence of stress was 29.6%, anxiety 31.9% and depression 33.7%. Researchers concluded COVID-19 had an impact on mental health and it was essential to develop interventions for vulnerable groups.

In a paper published in 2021 researchers sought to evaluate the effects parsley extract may have on anxiety and depression, with an aim to help in the treatment of these disorders. The researchers wrote that depression and anxiety are generally treated with chemical psychotropic medications that may cause unwanted side effects.

The intent was to investigate medicinal plants that may offer safe and effective therapeutic treatment options with fewer side effects. Parsley was investigated for its potential anxiolytic and antidepressant activities to find if there was a correlation with the known antioxidant activity.

In an animal model, the researchers used several chemical and functional tests to determine the anti-anxiety, antidepressant and antioxidant activity. They concluded:

“Parsley, a daily used culinary herb worldwide, presents enormous health benefits and through this study, it has been shown to have a remarkable antidepressant-like and anxiolytic activity, even better than classic drugs, especially with the dose of 100 mg/kg.

In the search for an effective medicine with fewer or almost no side effect, this plant could be a well-placed alternative. This work encourages its daily consumption as well as its development to a well-established phytomedicine.”

Another active component to parsley is myristicin, which researchers have demonstrated has potential chemopreventive actions. The same substance is also found in high amounts in nutmeg. Research using myristicin derived from nutmeg demonstrated anxiolytic effects in rats.

More Benefits From Adding Parsley to Your Diet

Green leafy vegetables, such as parsley, contain vitamin K1, also known as phylloquinone. Just 10 sprigs of parsley deliver over the recommended daily value for vitamin K. Your body uses vitamin K to move calcium out of your bloodstream and into your bones.

Vitamin K is a fat-soluble vitamin your body uses in blood clotting and a variety of other cellular functions. One paper published in the American Journal of Clinical Nutrition sought to determine if there is an association between vitamin K, cardiovascular disease and all-cause mortality.

There was, however, a link between low levels and all-cause mortality, since those with low levels were more likely to die within 13 years, representing a 19% increased risk. Ten sprigs of parsley also have 22% of the recommended daily value of vitamin C.

The combination of vitamin C and the anti-inflammatory effects of parsley may offer some protection to people who have rheumatoid arthritis. Findings presented in the Annals of Rheumatic Diseases focused on individuals who developed inflammatory polyarthritis. Researchers found those who ate the lowest amount of foods rich in vitamin C were three times more likely to develop arthritis.

Parsley also has a diuretic effect. Animal models demonstrate this effect may be mediated through the cellular sodium potassium pump, leading to a reduction in the absorption of both minerals and thus to an increase in osmotic water flow and diuresis.

Since vitamin K is fat soluble, it’s best to eat your parsley with foods that have healthy fat, such as pastured and organically grown meat and dairy products. This increases absorption. Eating foods rich in vitamin K, such as parsley, is the best way to consume vitamin K1. 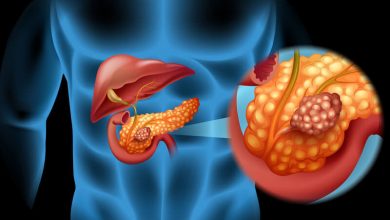 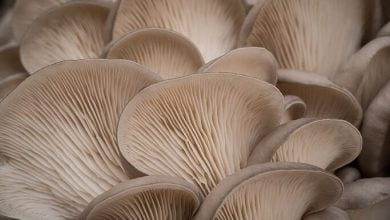 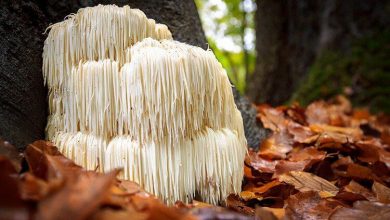 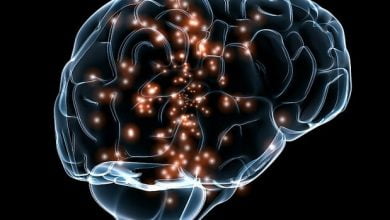 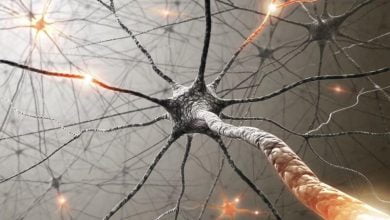