The Book of Enoch has gained great fame in recent years, and possibly for being a book that was banned from the so-called “Holy Scriptures.” Some scholars and other amateurs indicate that this book would possess prophecies, and one of them would deal with what is believed to be the Second Coming or the return of God; but it was not interpreted correctly … And they mention that it could be explained as an “alien arrival”.

Why did the Church ban the Book of Enoch? Does the book really describe cases of human abduction by aliens that occurred thousands of years ago? And is it true that it contains information that speaks of our extraterrestrial past and the key to the future of humanity?

The Oldest Bible in the World

In Ethiopia, one of the temples houses the most valuable shrine of Christianity: the Garima Gospels. The two richly illustrated books date from the 6th century AD. C. This is perhaps the oldest and most complete Bible in the world and the Ethiopian Church is one of the earliest Christian churches. 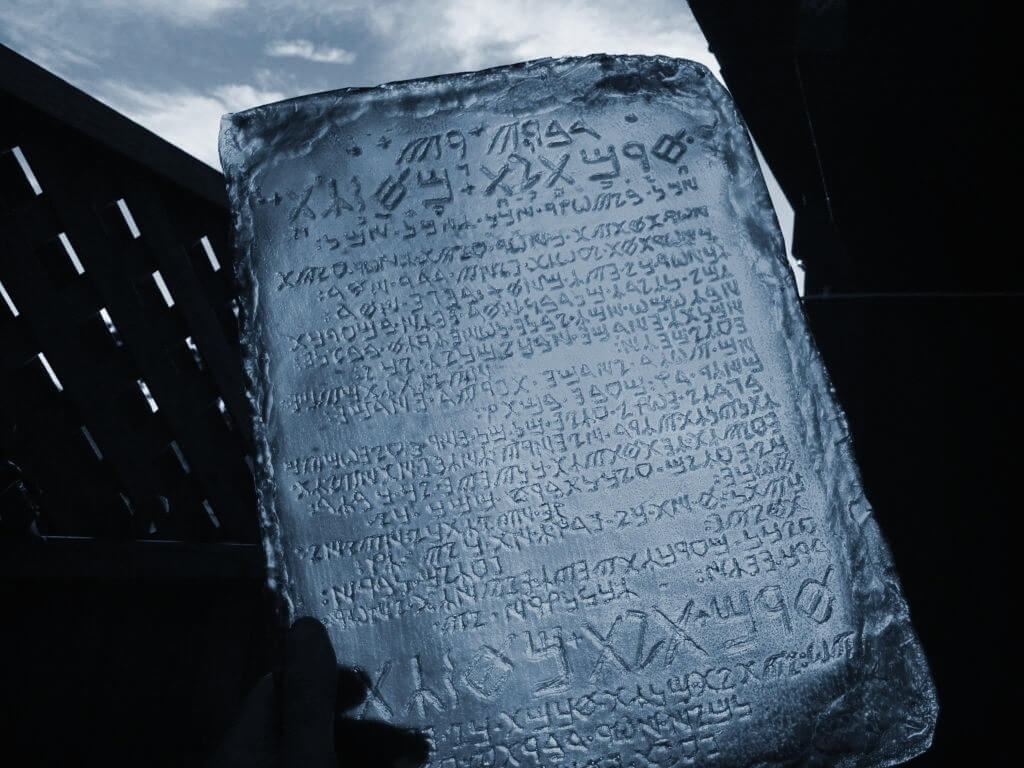 It is curious that the Bible of the Ethiopian Orthodox Church differs from the Holy Scriptures accepted in other Christian denominations. This version of the Old Testament includes a cryptic text known as the Book of Enoch. The Ethiopian Church considers the Book of Enoch to be canonical, while other

Kidnapped By the “Gods”

The author of the book is Enoch, Noah’s great-grandfather, the same one who built the ark before the Great Flood. It is believed that Enoch was immortal and God took him alive to heaven. 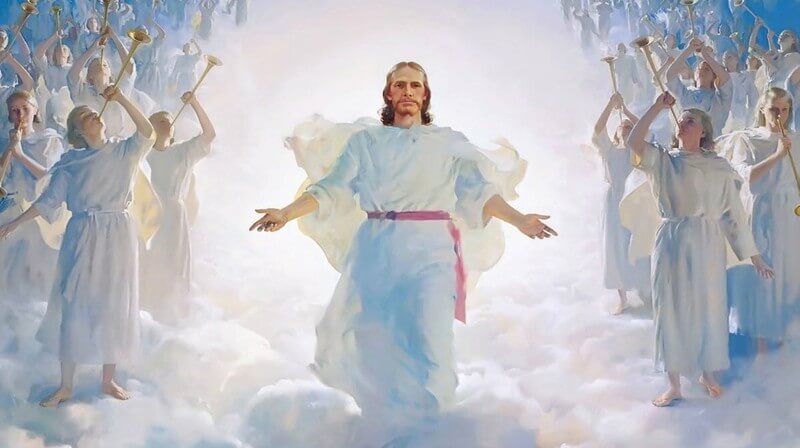 In his book, Enoch writes that when he was 12 years old, all the villagers heard a noise one night. Two angels descended from heaven and one of them said to Enoch: “Fear not, man,” and they ascended to heaven in a chariot of fire.

Enoch saw something he couldn’t describe. Of course, he didn’t know what a spaceship was, so he wrote about flying houses made of glass, and below it, Enoch saw planet Earth. It seems that this is one of the first stories in human history about the abduction of people by aliens. 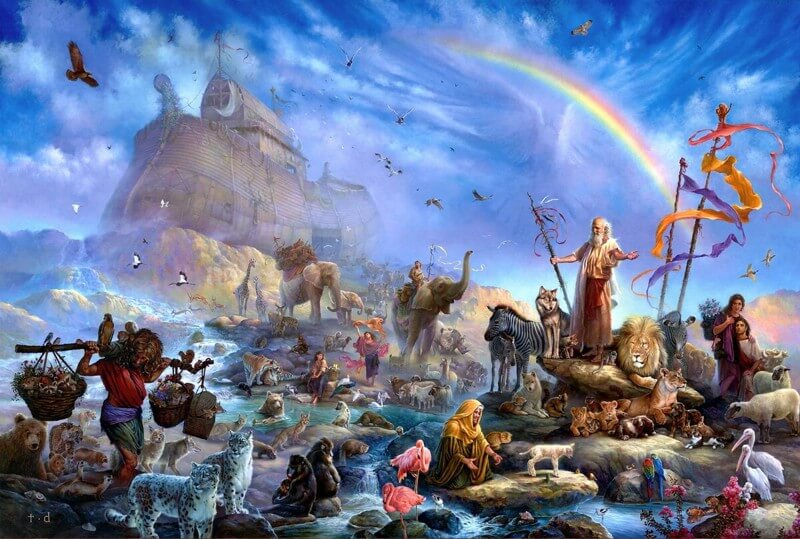 Proponents of the palaeocontact theory believe that the Book of Enoch is one of the most compelling texts on the arrival of extraterrestrials. But it is by no means unique. Similar stories have survived in many other ancient cultures. This indicates that Enoch’s words have some credibility.

Many ancient texts say that people ascended to heaven and then returned. For example, in Ancient Greece there is a legend about Ganymede, who was lifted up by the eagle of Zeus. Similar legends can be found in the epics of ancient China, ancient Egypt, the Sumerians, and other peoples. All of these stories are similar, but they lack the details that abound in the Book of Enoch.

His texts not only prove the existence of aliens, but also show the other side of God. That is why the Church decided to exclude the Book of Enoch from the Bible, it turned out to be too extreme for the Christians of that time.

According to the Book of Enoch, not all angels were messengers from God. The best evidence for this is the description of the creatures called Guardians.

The book of Daniel speaks of a certain group of angels, whom God commanded to instruct mankind. They cared for our world and guided the development of our civilization. Daniel only briefly mentioned these creatures, while in the Book of Enoch the Guardians or Guardians of Heaven (or Watchers) became one of the main themes. These “Angels” are not actually spiritual, but real beings. The Bible speaks of it quite clearly and distinctly. They are not from our world, which means they can be safely called aliens.

In the Book of Enoch, only 200 Guardians descended to Earth. Its leaders were Shamkhazai and Azazel, who later became known as Lucifer. The Guardians had a very bright appearance, and one of their names is “the Bright.” Enoch, as he described them, said that it was difficult to look at the Guardians, they glowed so brightly. 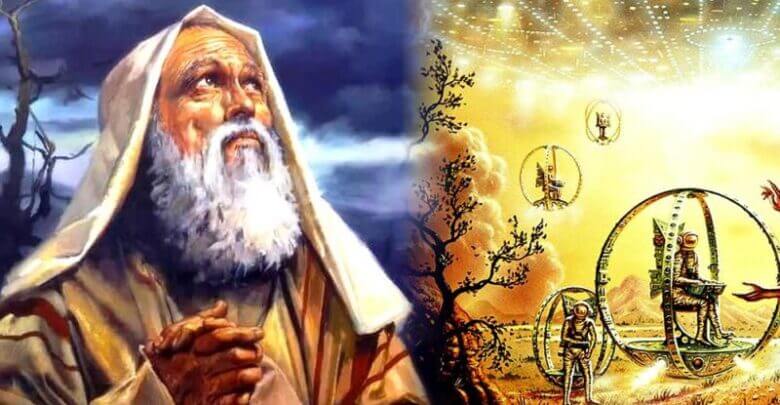 “The version that the Guardians were extraterrestrial guests is confirmed by the testimony of the prophet Elijah. He also ascended to heaven in a chariot of fire. Elijah was a great soothsayer, far superior to other prophets. He had a wonderful cloak that could heal the sick and raise the dead.”

Chariots of fire are mentioned more than once in the Bible. Apparently we are talking about some kind of vehicle, a spaceship. According to Judeo-Christian beliefs, the soul ascends to heaven after death, but in the Bible there are many examples of the ascension of a living person. Besides Enoch and Elijah, the same thing happened with Jesus.

What Did The Book of The Giants Tell Us?

In the middle of the last century, Israeli shepherds found clay pots in one of the caves, in which ancient manuscripts were kept. These turned out to be handwritten copies of the Bible, which were at least 1000 years older than others known at the time. Besides them, there were other manuscripts, among them the Book of Giants.

This book talks about the Nephilim (giants), the children of the Guardians, their life and way of living. The Nephilim are the embodiment of evil. They committed terrible crimes, including eating human flesh. Ultimately, God decided that the Earth needed to be cleansed of the Nephilim, and appointed Noah, Enoch’s great-grandson, as the one chosen to restart human history.

In the Bible, Noah was chosen by God for his mercy. But the Book of Giants has a different version of the Noah story. He became the chosen one even before he was born, and his father was not a man. The new-born’s skin was glowing and its hair was as white as sheep’s wool. Outwardly, it was a copy of the Guardians and was artificially conceived.

The Guardians of Heaven believed that Noah would be the father of a new generation of people. It turns out that Noah was a genetically modified person, created by aliens for a new life on Earth.

The official version of the Bible says that God was saddened by the atrocities and evils of the human race and decided to end them by sending the Great Flood to Earth. The Book of Enoch tells the same story, but with significant differences. The flood was to destroy the fallen angels and the Nephilim.

According to Enoch, God protects people. He is nothing like the God of the book of Genesis, full of rage and anger. Another difference lies in the fact that Noah received the instructions to build the ark not from God, but from the archangel Uriel. Warn Noah of the impending cataclysm and reveal the future of humanity.

It turns out that Enoch is not referring to the punishment of the human race, but to the aliens who run

If you would like to buy The Book of Enoch, it’s widely available here.

Return of the Gods

In the Book of Enoch, chapter 91, it is said that after Enoch’s journey and return to Earth, he was preparing for the second ascension to Heaven. But before that, he gathered his entire family together and shared an unusual prophecy. Methuselah, Enoch’s son, asked his father if he would see him again.

“The Celestial Guardians have said that I will return to this planet. But thousands of years will pass, so we will not see each other again”.

The concept of a Divine Chosen leaving and returning to Earth is found in almost all religions. The Jews await the return of the prophet Elijah, who will come before the Messiah and bring an era of peace and justice. It will be the beginning of the End Times. 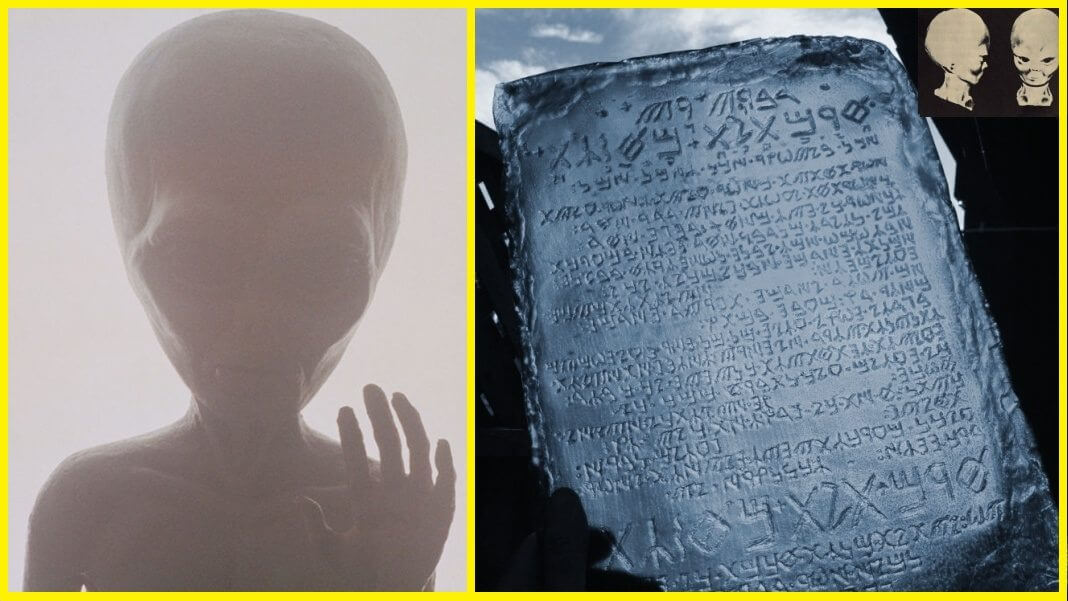 Christians await the return of Jesus, considered the Messiah. For Islam, this is the Divine Messenger Al Mahdi or Mohammed himself.

In a sense, this return will bring a new age, a new world form, and a new relationship between humanity and God. These prophecies predict that a certain Messiah will appear in the clouds,

Is it possible that all these ancient texts are about a certain spaceship and an alien invasion of Earth? And Enoch’s teachings were supposed to prepare humanity for the day when a new reality would open up to us.

READ MORE: The Book of Enoch Banned From The Bible Tells The Full True Story of History And Humanity