There are many creatures with the power of flight but this feature is generally not attributed to fish. Flying fish are able to jump out of the water and fly or glide for long distances. This is used as a defence mechanism to escape from predators.

The flying fish has a streamlined, torpedo-shaped body which helps it gain enough energy to break through the surface of the water. To get out of the water, the fish swims at speeds of up to 37 miles (60 km) per hour. The fish’s pectoral fins have evolved into large wings which allows the fish to become airborne. Once it is out of the water, it can fly for up to 656 feet (200 meters), using its tail fin as a sort of propeller. In 2008 in Japan, a flying fish was observed gliding for a record 45 seconds.

The Hagfish is an ancient organism that has existed for 300 million years and is the only animal with a skull and no vertebrae. When disturbed, it expels a disgusting, slimy substance at predators. As it mixes with water, the slime expands and there can be up to 5 gallons (20 litres) produced. This creates a distraction as the attacker tries to get out of the mess. It also creates a knot in its body and this, along with the slime, allows the Hagfish to escape the clutches of a predator. The slime can choke fish as it accumulates in the gills. The Hagfish has been known to slime sharks as shown in the video above. Skip to 1.30 minutes in for the best reaction.

The tiny threads that make up the Hagfish’s slime are ten times stronger than nylon and this is of great interest scientists, who believe it can be used to make clothes. 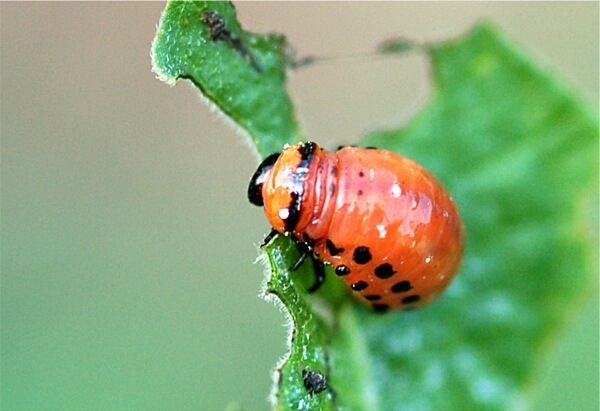 The Potato beetle has developed a strange way to avoid being eaten by larger insects. The larvae cover themselves in their own feces. The dung is poisonous and the foul smell wards off predators.

The beetle eats from the nightshade plant and it reuses the toxic substances produced by this in its feces. This defence is called a fecal shield. Feces is guided onto the beetles’ backs through a series of muscle contractions in the abdomen and over time, it forms the shield. 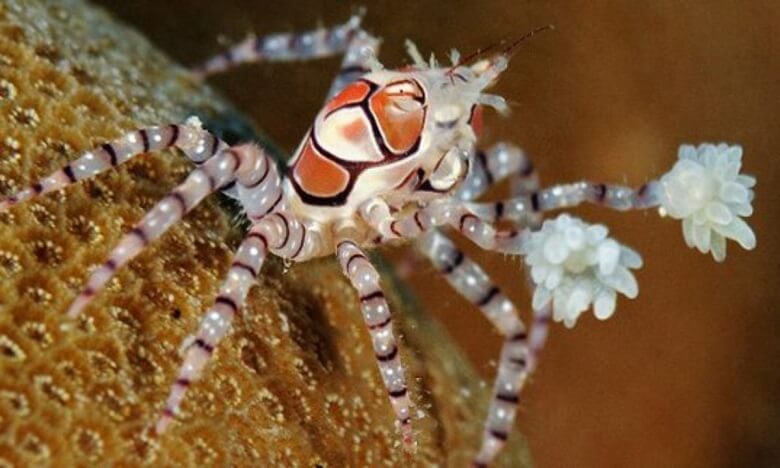 When it detects a significant threat, the Boxer crab will pack a powerful punch using sea anemones attached to its claws. They look like pom-poms, but they can be deadly to other sea creatures and they have a strong sting. The crab waves his claws around when disturbed, to ward off danger.

There is a mutual agreement with the two organisms as they both benefit from the arrangement. The boxer crab gains an awesome defence mechanism that would put most other animals to shame, and the anemone becomes mobile and is able to obtain more food. The crab also uses sponges and corals in place of the anemone. 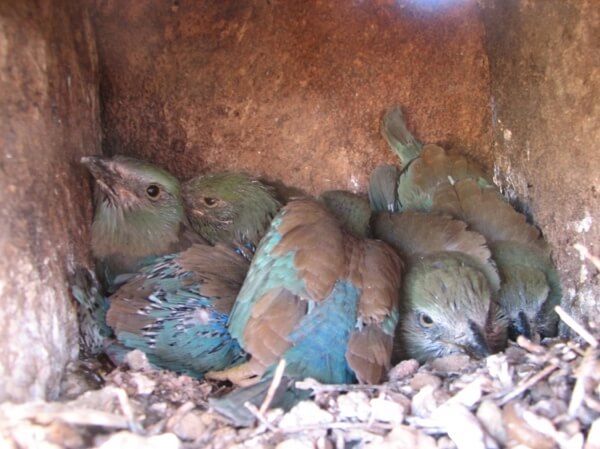 Similar to the Potato beetle, the Eurasian roller’s offspring will cover themselves in their own body fluid to avoid becoming food for a hungry animal. This time however, it is vomit that forms the shield. The vomit-covered baby birds look and smell horrible so they are less likely to be eaten. The parents will smell the vomit too and they quickly fly back to the nest to ward off the threat, which is usually a bird of prey or snake. This is the only bird observed to use vomit as a form of communication.

Nature’s most disgusting defence mechanism is that of the sea cucumber. Once disturbed, it will eject its sticky intestines and other organs out of the anus, at the attacker; entangling it. This dazzles and distracts the enemy. In some species, the intestines are poisonous, containing a toxic chemical called holothurin. The sea cucumber’s body contracts violently to squeeze out the insides.

The creature doesn’t seem to mind this process, and the organs are restored quickly. It takes about six weeks for the missing body parts to be regenerated. 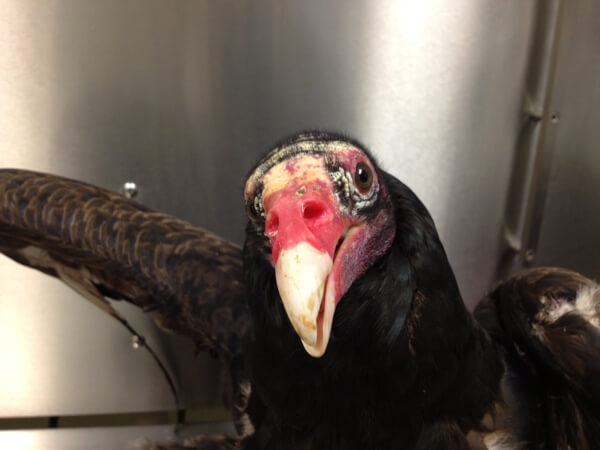 When the Turkey vulture is approached by a hungry predator, it will regurgitate the entire contents of its stomach. This is used as either an offering of food or to make the predators flee. The vomit of the vulture is utterly disgusting, and the smell completely puts off most predators. The vulture can then run away at a quicker pace as it is a lot lighter. Although, by this point, a lot of predators would have gone already. Some starving animals will actually resort to eating the vomit, even though it is very acidic and can burn.

This octopus is found in the oceans at depths of 1,900–3,200 feet (600–1000 meters). The Japetella heathi octopus has had to adapt to evade two types of deadly predators—those that hunt by looking for silhouettes created by the lighter waters above, and those which use their own light from bioluminescence. To avoid creating a silhouette, the octopus is almost completely transparent, except from its eyes and guts. However, these have become reflective, reducing their shadow. This allows light to pass through the creature, reducing its visibility to predators.

However, this is a disadvantage against predators with bioluminescence, such as the angler fish, as the octopus would reflect the light, allowing the fish to easily locate it. To avoid becoming food for the angler fish, when the octopus detects their light, it activates skin pigments. These pigments allow the octopus to change its colour to red in less than a second, greatly reducing its reflectivity. This effectively makes the octopus invisible to angler fish and other headlight fish. When the threat is gone, and the light is no longer present, Japetella heathi reverts to transparency. 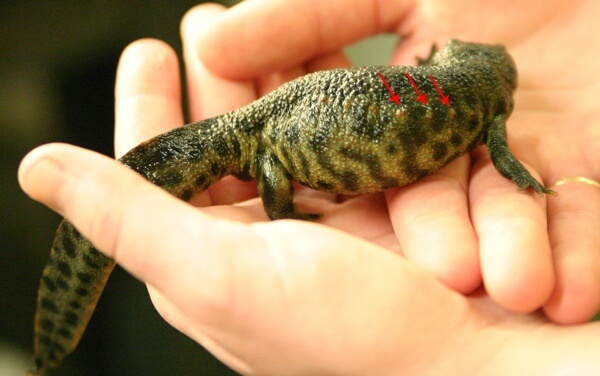 In a previous list, we featured a frog that can break its bones through its skin. However, the Iberian ribbed newt takes this to a whole other level. This creature is found on the Iberian Peninsula and Morocco. When under threat, the newt will push its ribs through the skin, out of tubercles on the side of its body. These ribs act as weapons to ward off attackers. Despite the rupturing of skin, the process causes no pain to the newt.

In order to do this, it moves its ribs away from the spine, increasing their angle by up to fifty degrees. The skin is stretched and the bones rip through. At the same time, a poisonous substance is secreted through pores on the skin. The spiky ribs puncture the attacker’s skin and then the poison enters. This can even cause death. The newt’s defence proves to be very effective. 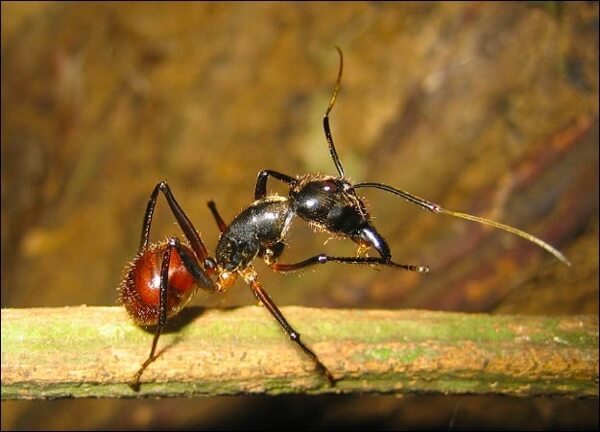 Although the Iberian ribbed newt is unaffected by its defence mechanism, the same cannot be said about the Malaysian exploding ant. The ant defends the colony from attackers by blowing itself up. Two large glands full of a poisonous chemical are located all across the ant’s body and when attacked, it will violently contract its muscles. This causes the fluid-filled glands to burst, releasing the sticky, poisonous substance from the head at the target. This substance not only entangles the attackers, but also causes extreme irritation and corrosion. This restrains the creature and can kill.

This frog has the ability to come back to life after being completely frozen with no brain or heart activity. This strange adaptation acts as a defence against the extreme cold.

During winter, when its core temperature drops too far below the regulatory limit, the wood frog’s brain instructs its liver to produce huge amounts of glucose which acts as a sort of antifreeze. This prevents ice crystals becoming too large, therefore stopping cells and blood vessels becoming ruptured.

The frog can remain in this frozen state for weeks on end until a change in temperature allows it to thaw. The heart muscles, which have been protected by a huge build-up of glucose, suddenly burst into life by rubbing together. This generates an electric charge and gives the heart a burst of energy which allows it to start pumping again. The blood then starts flowing throughout the frog’s body and after a few minutes, it is back to normal. This incredible adaptation allows the frog to survive in extreme environments such as northern Canada and Alaska.

Read more on Animal Defence System: Scientists Find Out If A Lashing Dinosaur Tail Could Generate A Sonic Boom