Were the Mayan gods who brought their advanced knowledge to ancient civilizations really gods or were they ancient aliens?

The ancient Mayan civilization of Central America has been surprising archaeologists and researchers for decades, while one after another intriguing discovery related to this ancient culture continues to be made.

The Mayans were people obsessed with astronomy, boasting a highly advanced calendar that is still intriguing today. Although the Mesoamerican calendar was not created by the Mayans, the extensions and refinements made by them were the most sophisticated.

In their culture, there was a “feathered god in the form of a serpent” who came down from the sky and taught these ancient peoples about astronomy, architecture and construction, among other great things.

Known as Quetzalcoatl in the Nahuatl language of the Aztecs, or Kukulkan in Maya, this entity was highly revered and, before his departure, told the Mayans that he would one day return to Earth.

This date of his return was calculated to coincide with the end of the calendar, on December 21, 2012, which caused a lot of excitement and fear, leading many to believe that this could be the beginning of the apocalypse.

Although this prophecy apparently did not come true, famous researcher Erich Von Däniken says he believes that this date was calculated based on our calendar, which is somewhat ambiguous in relation to its beginning, the birth of Christ.

Von Däniken claims that there may be about 20 years of error around the day we think Christ was born, due to miscalculations in the changes from the old Julian calendar to the current Gregorian calendar, distorting our prediction of the return of Quetzalcoatl. This would mean that we still have a few years to see whether the Mayan prediction will really come true.

But Von Däniken disputes, saying that Quetzalcoatl’s return would not involve a Feathered Serpent descending from the sky, but potentially an extraterrestrial.

There is a recurring theme in the Mayan arts, human faces covered by what appear to be helmets with breathing apparatus in their mouths. Von Däniken says that these devices that cover their mouths probably filtered the air in order to prevent infections by viruses or bacteria.

The cover of King Pakal’s sarcophagus, found in the Mayan city of Palenque, in present-day Mexico, is an example of this and shows a relief that can be interpreted as a pilot inside a flying machine, displaying flames and smoke coming from the rear.

While archaeologists claim that this sculpture represents the tree of life or a descent into the underworld, two important inscriptions around the tomb detail it as an “ascent to the cosmos”.

Inside the sarcophagus, the remains of this ancient ruler were found, his body was significantly taller than the average height of the ancient Maya and appeared to have an unusual bone structure. Pakal is also known to have ruled the Mayans for 68 years and lived for 80, far more than the average life of that time.

Did The Mayans Have Contacts With Extraterrestrials?

There are still inexplicable discoveries made in relation to the ancient Mayans, which inspire curiosity and fuel the idea that they may have been visited by ancient alien gods. The city of Tikal, with its magnificent pyramids, is another anomaly that adds to the mysteries surrounding the Mayan civilization.

Discovered in a rainforest in Guatemala, Tikal was one of the largest population and cultural centres of the Mayan civilization, filled with temples, palaces, pyramids, residences, monuments and even stadiums for the ritual ball game. It was a large city with potential to house up to 200,000 inhabitants, but with a very peculiar characteristic, it is located 40 kilometres from the nearest water source.

Normally, civilizations build their cities close to water sources, but why would the Mayans have worked so hard to build a city of this size in such an inconvenient place?

Von Däniken points to one of the glyphs on a stepped pyramid, where an inscription states that Tikal was a sacred place, visited by ancient gods descending from the heavens.

The Mayans built impressive pyramids throughout their vast Empire, 60 of which are in Tikal and others of their most well-known pyramids, including the Temple of Quetzalcoatl, the Temple of the Sun and the Temple of the Moon, are found in Teotihuacan, with these pyramids line up with the three stars in the belt of the constellation of Orion, as well as the pyramids of Giza.

These Teotihuacan pyramids were built under a layer of Mica, a mineral that is not found anywhere in Central America, and this material would have to be extracted and transported from the nearest mine, located in Brazil, crossing a distance of more than 4,000 kilometres, and without the luxury of wheels.

Mica is a type of highly conductive crystal that is used in our modern technology in radio frequency capacitors and as an insulator in high voltage equipment because it has a high resistance to heat and fire, facts that make its presence in the underground of these pyramids still more intriguing.

Another recent and very interesting discovery found below the Teotihuacan temples is the presence of Mercury and, just as Mica is a conductive crystal, Mercury is an electrically conductive metal that is mentioned on the other side of the world, in the Vedas, the ancient sacred texts from India, such as the Vimanas fuel source, the “flying chariots of the gods”.

The idea of using mercury as a spacecraft fuel is not irrational to science. NASA experimented with mercury in the ’60s, during the SERT missions. The two spacecraft in this series, SERT-I and SERT-II, were designed to test the concept of ion propulsion. With an ion engine, powerful magnets in the spacecraft push away small charged particles at high speeds, generating thrust. Today’s ion engines commonly use krypton or xenon rather mercury.

Mercury is much heavier than either xenon or krypton, so spacecraft carrying them would be able to generate more thrust. During the SERT test missions, however, the satellite engines used mercury. Of course, mercury is also a dangerous neurotoxin, so NASA stopped using it after SERT.

While conventional archaeology interprets mercury’s use only as an ancient fascination for a shiny substance, but highly poisonous to humans, others believe that it may have been used on spacecraft launching platforms and as a fuel source for the technology of the ancient alien gods.

Monkeypox Was A Table Top Simulation Only Last Year 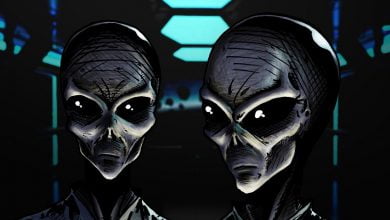 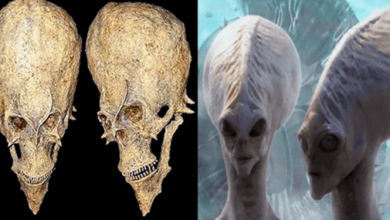 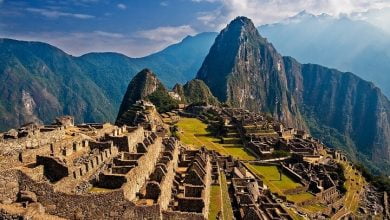 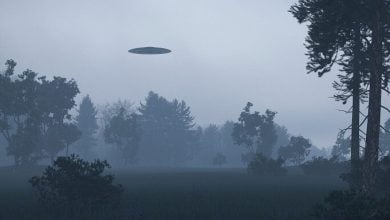 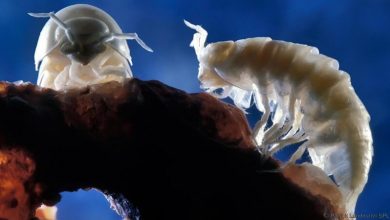 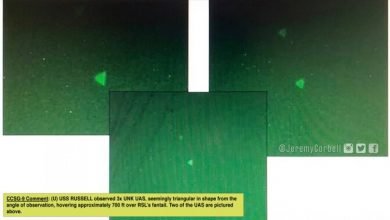