Both antioxidants help inhibit oxidative stress and are considered important anti-aging compounds. Researchers also recently identified one of the mechanisms the fungi use to interrupt and ultimately suppress the cell cycle of prostate cancer.

A mushroom is the umbrella-shaped fruiting body of a fungus that typically grows above ground. The seeds it produces are millions of microscopic spores that are carried by the wind or spread by animals. Once the spores have germinated in wood or soil, it sends out a network of rooting threads called mycelium that often persist for many years.

The mycelium absorbs food by digesting the surrounding nutrients externally and then absorbing those nutrients. Although they are known as either mushrooms or toadstools, the term mushroom usually identifies those fungi that are edible and the term toadstool is often used to identify poisonous or inedible fungi.

Mushrooms belong to the Agaricaceae family and the most common mushroom found in your grocer’s is the white button mushroom (Agaricus bisporus), which was the focus of the current research. Science is only beginning to tap into the vast natural medicine warehouse that exists in these fungi.

Scientists do not agree on how many species there might be. Estimations have ranged from 1.5 to 5.1 million different species. However, according to a paper in the American Society for Microbiology, in 2017 there were 120,000 identified species.

You may be familiar with some of the more exotic mushrooms like shiitake, crimini and Portobello at your local grocer’s. Yet, it is the inauspicious common white button mushroom that was the focus of this study against prostate cancer.

PSA is a protein made by the cells of prostate cancer, which can be measured in the blood of men with prostate cancer. In their first study, researchers led by Dr. Xiaoqiang Wang conducted a reverse translational study using androgen-dependent prostate cancer cell lines from a prostate tumour.

They found that white button mushroom extract could suppress dihydrogen testosterone-induced PSA and cell proliferation of the tumour cells in a dose-dependent manner.

Several analyses were performed, including immunofluorescence and RNA sequencing. The tests confirmed that the extract could suppress androgen response pathways and tumour growth and reduce PSA levels. In the second study, which was presented March 2021, at the Endocrine Society annual meeting, the same team took a deeper dive into the research using an animal model. In a press release, Wang said:

The researchers implanted human prostate cancer cells into mice and found that the white button mushroom extract could suppress androgen receptor activity and that the mice treated with the extract for six days demonstrated significant suppression of tumour growth and a decrease in levels of PSA. Wang continued:

Nearly 88% of the mushrooms that are grown are sold fresh in the U.S. According to the U.S. Department of Agriculture, on average, people eat about 3 pounds of fresh mushrooms each year and 87% of those are grown domestically.

Mushrooms are also commonly used in some types of traditional medicine. Many of the health benefits are likely related to the high nutrient content found in the mushroom. Mushrooms provide essential minerals such as manganese, copper, zinc, selenium, calcium, magnesium and iron.

When compared to their size and weight, they are a rich source of protein and fibre. They are high in potassium and sulphur, as well as many of the B vitamins, including riboflavin, niacin and pantothenic acid. Ergothioneine in mushrooms has a specific role in protecting DNA from oxidative damage and glutathione is important for the detoxification of heavy metals and other contaminants. As noted in The Guardian:

“… [S]cientists think [ergothioneine and glutathione] may help to protect the body against the maladies of old age, such as cancer, coronary heart disease, and Alzheimer’s disease.”

In a press release following the publication of a paper in Food Chemistry, Robert Beelman, Professor Emeritus of food science and director of the Penn State Center for Plant and Mushroom Products for Health, said:

“What we found is that, without a doubt, mushrooms are the highest dietary source of these two antioxidants taken together, and that some types are really packed with both of them.

There’s a theory — the free radical theory of aging — that’s been around for a long time that says when we oxidize our food to produce energy there’s a number of free radicals that are produced that are side products of that action and many of these are quite toxic.

The body has mechanisms to control most of them, including ergothioneine and glutathione, but eventually enough accrue to cause damage, which has been associated with many of the diseases of aging, like cancer, coronary heart disease and Alzheimer’s.”

Interestingly, cooking the mushrooms does not appear to affect the compounds, including ergothioneine, which is heat stable. In one animal study, mice fed white button mushrooms demonstrated a rising number of Prevotella, a species of friendly gut bacteria.

White button mushrooms act as prebiotics that feed beneficial bacteria, which in turn produce short chain fatty acids that have been shown to affect glucose production. While eating a few button mushrooms is not going to have a significant effect on blood sugar levels, the long-term cumulative benefits of a diet high in a variety of prebiotic foods cannot be overstated.

Immunomodulation May Offer Support Against COVID-19

A study published in the Journal of the American College of Nutrition showed that eating less than 1 ounce of cooked shiitake mushrooms each day for four weeks boosted the participants’ T-cell levels, gut immunity and reduced inflammatory properties.

Another showed how mushrooms could modify cytokines, specifically in a cancer cell model, and an animal study suggested that white button mushrooms could “promote innate immunity against tumours and viruses through the enhancement of a key component, NK activity.”

In the current global climate in which many scientists are researching ways of naturally fighting viral infections, including COVID-19, a recent paper in the International Journal of Environment, Science and Technology proposed the nutrients and active ingredients found in white button mushrooms may be a source of medicine to combat the novel coronavirus.

The study of coronaviruses in the past 30 years has demonstrated features of pathogenesis and biology like that exhibited by COVID-19. The authors expounded on the immunomodulatory, antimicrobial, anti-inflammatory and antioxidant properties of the mushroom, and concluded the mushroom:

Most of the investigation has proven that nutraceutical therapy may be a promising source of recent therapeutics against COVID-19 diseases. Furthermore, vitamins B treatment drastically withdrawn neutrophil intrusion into the lungs with an effective anti-inflammatory impact in the way of the ventilator-induced lung damage.”

As mentioned, in addition to the immunomodulatory effects, white button mushrooms are also rich in glutathione. One of the factors that differentiate people with mild or severe illness may be related to the ability to reduce hypercoagulability and the hyperimmune response that leads to a cytokine storm.

Glutathione is a powerful antioxidant your body uses to increase the effectiveness of other antioxidants, which has earned it the nickname “master antioxidant.” N-acetylcysteine (NAC) is a precursor to glutathione and the focus of a trial announced by Memorial Sloan-Kettering Cancer Center in the treatment of COVID-19.

In early 2020, Russian scientist Dr. Alexey Polonikov published a paper proposing glutathione plays a crucial role in the ability to respond to a COVID-19 infection. I discuss this further in “Glutathione Deficiency May Be Associated With COVID Severity.”

There are several strategies to help keep your cognitive function intact and eating mushrooms may be one of them. Mushrooms are widely available, relatively inexpensive, can be grown in your backyard and are suitable for a wide variety of uses in the kitchen. Adding them to your diet may be one of the simplest ways to help support your brain health.

Research published in the Journal of Alzheimer’s Disease found that adults who routinely ate two portions of mushrooms each week reduced their odds of mild cognitive impairment by 50%, which was independent of confounding factors such as high blood pressure, heart disease, age, alcohol and cigarette consumption and physical activity.

The team was from the National University of Singapore. The researchers defined a portion as three-quarters of a cup and two portions as approximately one-half of a plate. These were meant as guidelines since the results demonstrated that even a small portion of mushrooms each week could be beneficial.

Study author Lei Feng, assistant professor in the department of psychological medicine at NUS, said in a news release, “This correlation is surprising and encouraging. It seems that a commonly available single ingredient could have a dramatic effect on cognitive decline.”

Ultimately, the researchers believe the reason the participants who ate two servings of mushrooms each week had a reduction in mild cognitive impairment came down to ergothioneine, which is found in each of the varieties included in the study.

Choose Organic or Grow Your Own

While an afternoon searching for mushrooms may sound like fun, it’s vital to recognize the need for caution. There are no simple rules to distinguish the difference between toxic and edible mushrooms. In more than 95% of the cases, amateur mushroom hunters have misidentified a poisonous mushroom.

The severity of the poisoning can vary, but the most toxic are from mushrooms containing Amanita phalloides. There is no antidote for amatoxin poisoning, so it is essential if you have any reason to suspect someone has ingested an amatoxin containing mushroom you do not wait for symptoms but seek immediate emergency treatment.

There are some medications that may help lessen the severity of the poison, but they are not always successful. The most famous of these lethal mushrooms is the death cap mushroom, which may kill more people each year than any other type of mushroom.

It’s also important to choose organically grown mushrooms as the fungi easily absorb air and soil contaminants. Growing your own mushrooms is an excellent option and a far safer alternative than picking wild mushrooms.

Totalitarian Psychosis In Our World – And Our Minds 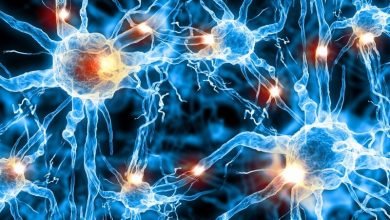 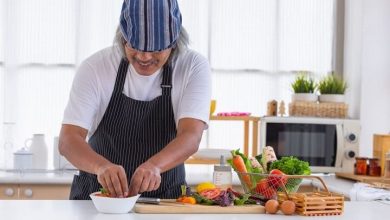 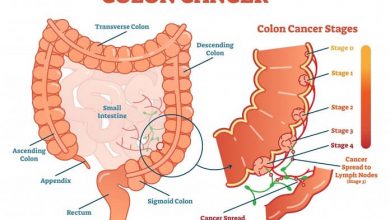 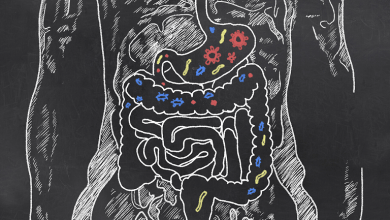 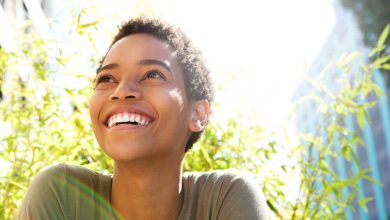 5 Habits To Have If You Want To Be Exceptionally Healthy 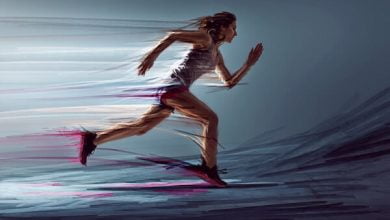